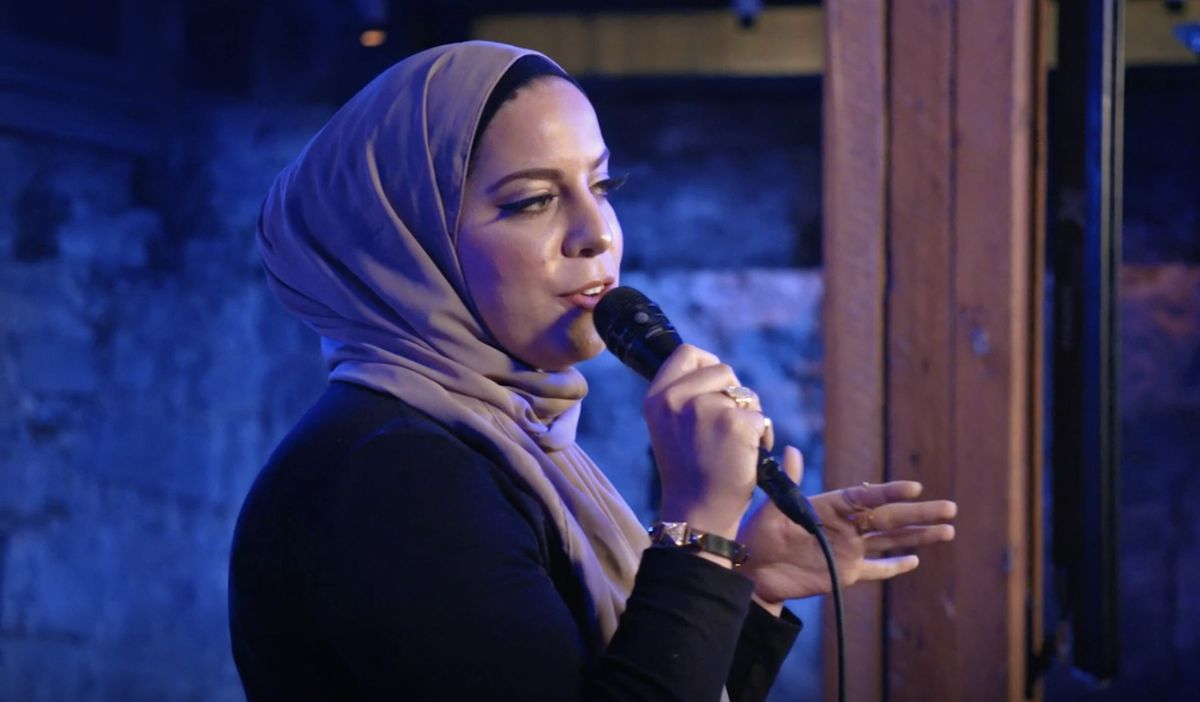 What do we need? Comedy and laughs. What does Canada have by the thousands? Comedians.

It’s one of the big catch-all clichés about this country – we’re full of comedians who end up in LA and then land on TV shows or get movie roles. If you’re in Los Angeles and you tell someone on TV racketeering that you’re a reporter from Canada, the first thing they mention is that Canadians are funny. They imagine there’s a Howie Mandel on every street in every town. Then they tell you Canadians are “sneaky,” appearing to be Americans, but secretly Canadian. They expect you to laugh about it.

When streaming services reluctant to pay taxes here or fund Canadian content start making Canadian TV, the first thing they do is get a group of local comedians together. Because you trip over comedians here. For example, Amazon Prime Video Canada recently introduced us to the Abomination LOL: The Last Laughing Canada, a series that had great production values ​​but managed to make you hate everyone involved. Hey, at least the prize money went to charity, which is another thing we do well here.

Understanding the current state of stand-up comedy in Canada is a wild ride. Yes, comedians are everywhere, but the sheer volume of material available isn’t so much mind-blowing as it is heartbreaking. So many people with so many jokes and so few laughs.

The new wave of stand-up (streaming on CBC Gem, two seasons) is a good place to start. It promises “a diverse lineup of Canada’s hottest new comics brought together for a hilarious evening of stand-up!” Each comic spends 10 minutes on stage and it’s do or die. It’s a CBC production, the focus is on diversity and the goal is to expand the formula beyond a regular guy who says, “So, I’m single…” and who makes terrible jokes about his ex-girlfriend. There’s a lot of that around, like comedy hasn’t progressed since Henny Youngman said, “Take my wife…please.”

Each comic gets a little intro and then talks about how the whole thing went. The last part can be quite sweet, like when Hisham Kelati, who works in a bank, is so relieved that the audience laughs. Yes, he is funny. One of the standouts is Salma Hindy, who has enormous confidence and courage as a Muslim woman telling observational jokes that get funnier and charmingly self-deprecating. She starts by saying that she arrived late because her neighbor mistook her for the Uber driver, so she filled up the gig and drove the neighbor somewhere. Hindy also benefits from what she claims is her date of birth, September 11, 2001.

Loving Hindy, I watched her look on Battle Canada Roast (streaming on Crave), a show in which two comedians put each other down and three judges, also comedians, including Russell Peters, decide the winner. It’s execrable, a terrible trip in a stupid, racist, sexist, garbage humor. Hindy gets into a fight with a guy named Jean Paul and the remarks directed at him are so vile, childish and tone-deaf that you wonder why anyone would watch this atrocity. At one point, he was told, “You really put the ‘moo’ in Muslim,” which means they call it a cow. Yes, it’s awful. Hindy is holding up and you can only admire her for it. She’s one to watch, that’s for sure.

A slightly different take on origin and ethnicity comes from Andrea Jin, whose material is mostly about being the only child of immigrants from communist China. There are a lot of good jokes about the family and cultural conflicts she has been through. There’s a dry, sarcastic wit at work here. Note that if you search for more of Jin’s work online, you’ll find her venturing into raw materials that have none of the conviction of her family anecdotes.

Many comedians on The new wave of stand-up are young and some have to be lenient for lighthearted and self-centered attempts at humor. Maddy Kelly and Juliana Rodrigues (who says her comedy comes from anxiety) claim Gen Z humor about being young and restless, and you end up getting sympathy but not finding much to make you laugh out loud.

As a snapshot of stand-up comedy in Canada, the series is wildly uneven, like the genre itself. There’s artistry and plenty of ingenious attempts to be both relevant and funny. It would be unwise to make a definitive judgment because so many artists are young or new to the arena. But with 10-minute episodes, you can’t go wrong and you’ll find that the state of comedy in Canada is pretty good.

Plan your screen time with the weekly What to Watch newsletter. Register today.