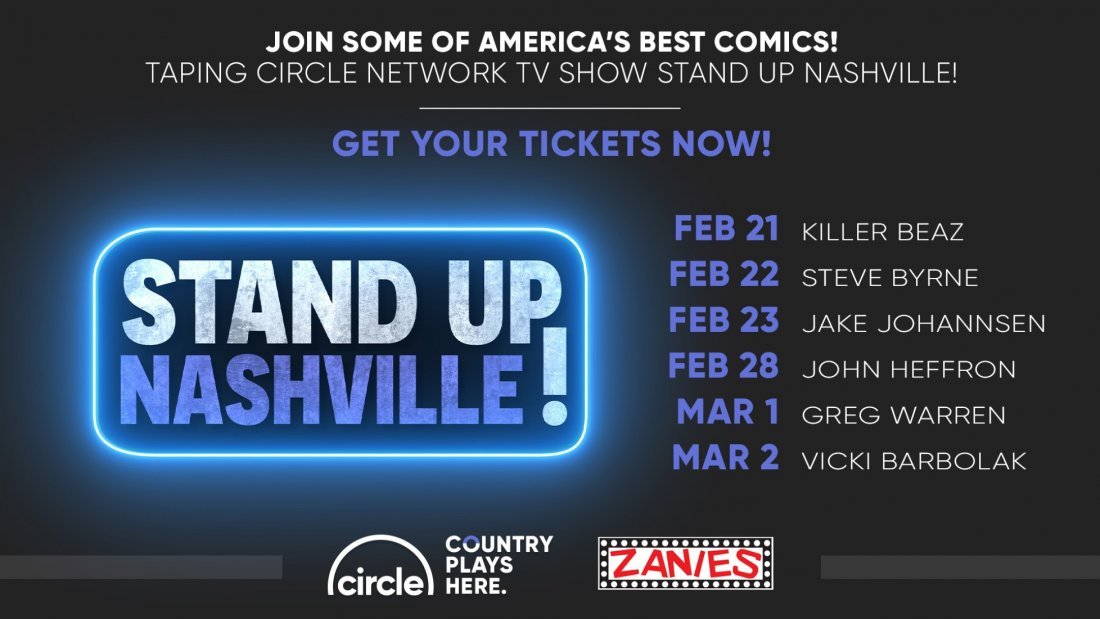 What: Stand Up Nashville, Circle Network’s hit comedy series! will film its second season live from Zanies with two shows each night. Each episode features a legendary comedian and four other up-and-coming comics who are making a name for themselves across America.