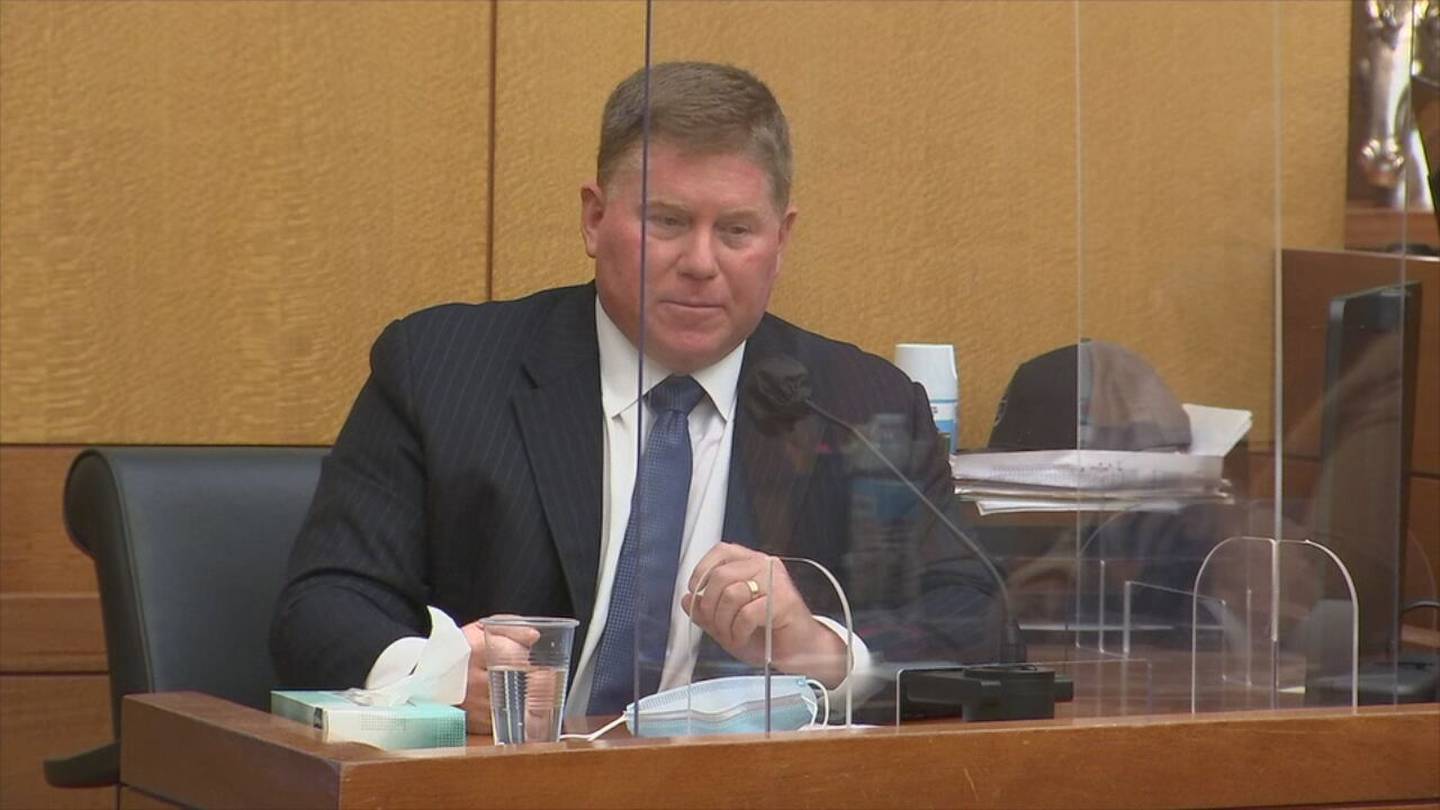 Schmitt is charged with running down and killing real estate investor Hamid Jahangard in what prosecutors are calling a road rage incident.

Channel 2’s Michael Seiden has been following this case since it began in July 2019 and has been the only TV in the courtroom since the trial began on Monday.

The trial passed through the hands of the defense on Wednesday afternoon, but on Thursday they began calling more of his witnesses.

By taking the stand, Schmitt gave prosecutors a chance to cross-examine him under oath.

He testified before a full courtroom that what happened was a tragic mistake he says he has struggled with since it happened.

“I cut the wheel to the right and ended up always hitting the trash cans and… and tragically hit him with the front left of my car,” Schmitt said as he began to get emotional. “In my mind, I can’t stop him from playing.”

Schmitt went on to testify that he had no intention of hitting Jahangard with his car, just turning into the driveway.

Surveillance video shown in court shows Jahangard bouncing a golf ball while walking and talking on his cellphone outside one of his investment properties on River Valley Road in Sandy Springs.

Moments later, Schmitt can be seen driving past in his Mercedes. It was then that he says he felt Jahangard hit his car with the golf ball.

“Either he had bounced the ball and he took a weird bounce and hit my car or he could have kicked the ball,” Schmitt said.

He testified that the noise startled him, so he turned into a neighbor’s driveway and walked over to where Jahangard was standing to confront him.

“We were in two lanes of traffic and there were cars around us, so he spoke in a loud voice and he shouted across the road, ‘Hey get the [expletive] out of here!'”

Prosecutors questioned his motive during cross-examination.

“I thought I could defuse the situation if we could talk face to face,” Schmitt explained.

Jurors are expected to return Friday morning where they will hear oral arguments before returning a verdict.