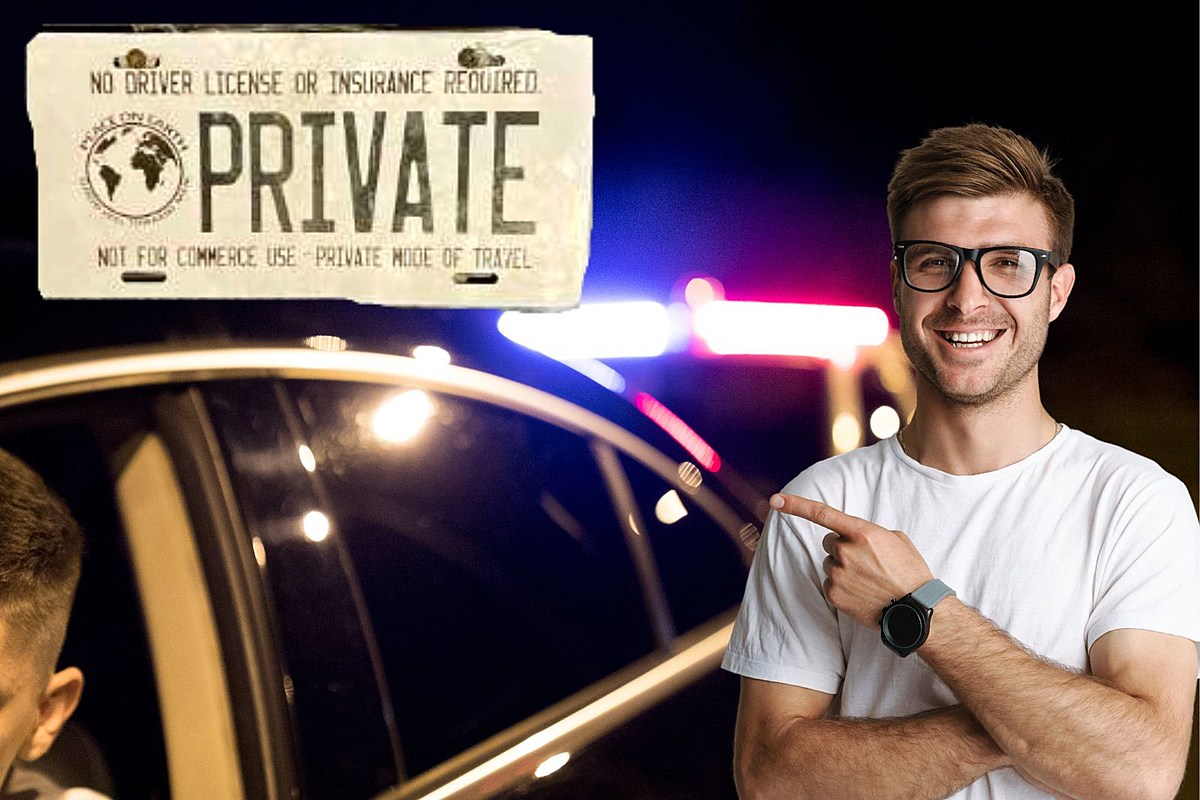 It may have seemed like a good idea at the time, but this stupid mistake resulted in the police capturing a Tri-Cities man with warrants.

The story was explained on the Kennewick Police Facebook this morning. A KPD officer spotted a speeder around Kennewick Ave and Quincy St late Sunday evening around midnight. After confirming the speed on radar, the officer turned on the hazard warning lights and got behind the driver to stop them. That’s when the officer noticed something very strange with the license plate (more on that in a second).

The car refused to stop

After the officer turned on the hazard lights, the car refused to stop despite slowing to 25mph and stopping at a few stop signs. After a short, slow chase, the car came to a stop at a trailer park near Columbia Drive and the driver was arrested. The 48-year-old from Kennewick claimed he had done nothing wrong so he didn’t have to stop for the police. Is he wrong?

The license plate said – No driver’s license or insurance required

Now for the weird part of the story. The license plate on the car read: “Private” in the center with “No driver’s license or insurance required, not for commerce, use private travel mode”. These plates are distributed by a group called “Sovereign Citizens” who do not recognize the government and feel free from its laws. These plates have been seen in Washington State for years, but are still not close to legal.

The FBI defines sovereign citizens as “anti-government extremists who believe that even though they physically reside in this country, they are separate or sovereign from the United States.” The license plate illustrates the idea that the person believes they have a constitutional right to travel and do not need a license, plate or anything else. another to exercise this right. There are many rules for personalized license plates in Washington State to be legal, but these plates are not legal no matter what you believe politically.

What was the sovereign citizen of Kennewick charged with?

After finally pulling over, the man was charged with multiple counts including failing to stop for an emergency vehicle, driving with a suspended license and warrants. He was subsequently incarcerated in Benton County Jail. Not only did he think he didn’t need a license plate or legal license, but he also didn’t believe in the need for him to show up in court. It turns out he was wrong on all three counts, but maybe he can convince the judge to see things his way.

The most popular Christmas movies of all time