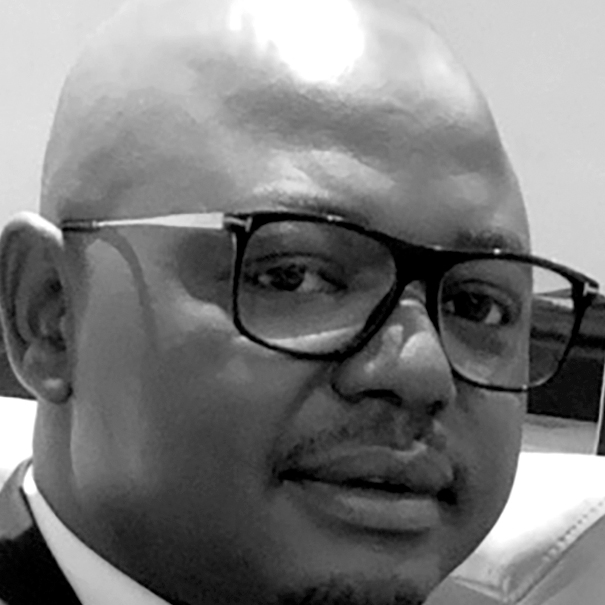 South Africa is a failed state, now let’s all stand up…

To say that South Africa is on the edge of the abyss is an understatement; the state collapsed. Ours has all the hallmarks of a “failed state”.

However, the patient is not yet at the cemetery. She is in the intensive care unit and can still be rescued. So the public discourse must now be about how to fix South Africa.

But first we need to diagnose the disease and its causes in order to find an appropriate remedy. We also need to understand how we got here so we never repeat the same mistakes.

In their volume, Why Nations Fail, Daron Acemoglu and James Robinson present compelling theories and explanations of failed states. Their treatise is that “countries become failed states not because of their geography or culture, but because of the legacy of extractive institutions, which concentrate power and wealth in the hands of those who control the state. state, paving the way for unrest, conflict and civil strife”. war.”

This is exactly the source of South Africa’s collapse. Instead of building an inclusive economy, we have developed an exclusive one that benefits a few while leaving millions destitute. Thus, we continue to suffer the ignominy of the most unequal society in the world despite our abundant mineral resources.

We have thrown merit out the window and allowed mediocrity to fester in all state institutions. Individual effort, expertise or talent no longer guarantees success. Our economy is in which it is who you know that guarantees success rather than what you know.

The rot sets in

The majority of New Rich who ostentatiously flaunt their wealth are recipients of patronage, not success stories of hard work and effort. Crony capitalism flourished instead of large-scale empowerment. The so-called BEE was a story; the cadres have enriched each other through the BEE agreements while leaving the masses in misery and poverty.

An incorrigible and corrupt demagogue has been catapulted into the Union Buildings and sold the state to the highest bidder. The capture of the state by the Guptas was the last straw that broke the camel’s back for the South African economy.

We are now in an unfortunate position where Nigeria was in 1977 when Chinua Achebe decried the consequences of a cult of mediocrity that has plunged this country into a failed state.

Lamenting in his essay on The problem with Nigeria, Achebe said, “Look at our collapsing public services, our inefficient and wasteful parastatals and public corporations. If you want electricity, you buy your own generator, if you want water, you dig your own borehole; if you want to travel, you create your own airline. One day soon… you will have to build your own post office to send your letters!

We are already there. Rolling blackouts – “shedding” – have become the norm and those who can afford it are disconnecting from the grid. Towns and villages ration water. Trains come off the tracks. The post office is unreliable. Civil servants in public enterprises are lucky if they are paid on time. These are the characteristics of a failed state.

But we also got here because we decimated crucial accountability mechanisms like Parliament. We sent a group of praise singers to parliament instead of credible representatives of the people.

So when they were called upon to hold the executive to account and stop Jacob Zuma’s looting, they failed. Instead, they sang, “Hail Thief! There could never have been real accountability where elected officials fear party leaders more than the people who elected them.

In The social contract, Jean-Jacques Rousseau observes that “The legislative power is the heart of the State, the executive is its brain, which sets all the parties in motion. The brain can become paralyzed and the individual still lives. A man can be a fool and survive, but as soon as his heart stops working, the creature is dead.

In South Africa, the legislature and the executive have been paralyzed, leaving the country in the intensive care unit.

Meanwhile, a country like Italy survived the imbecility of Silvio Berlusconi because it has solid institutional foundations. On the contrary, Jacob Zuma had carte blanche because the legislature, too, was in a coma.

Cyril Ramaphosa and his cronies have not only been part of the cause of our relapse, they have benefited greatly from the extractive economic system ‘that concentrates power and wealth in the hands’ of a few who ‘control the state’ , creating the perfect environment for unrest, conflict and chaos that we witnessed in July 2021.

It is precisely for these reasons that they are neither the right team nor the political will to rebuild our country. A new team of reformers must take over and rebuild South Africa anew.

However, you should never have any illusions that it will be easy and quick to rebuild. The task of fixing South Africa will be long and arduous. As daunting as it may be, it can and should be done.

The beginning of this rebuilding process is to learn from others. There are models we can adapt to rebuild our country. One of them is Singapore. According to Kishore Mabhubani, former dean of the Lew Kuan Yew School of Public Policy at the National University of Singapore, Singapore’s secret to success was based on three pillars, namely meritocracy, pragmatism and honesty. i.e. “mph”.

Under Lew Kuan Yew, Singapore never compromised on meritocracy. They selected the best of them to lead state institutions. Excellence prevailed over mediocrity. Yew was a pragmatist, not an ideologue. He implemented policies that worked regardless of ideology. Like his neighbor Deng Xiaoping from China, he said, “it doesn’t matter if the cat is black or white, as long as it catches mice”.

Yew promoted honesty among public figures and officials; and harshly punish corrupt individuals. For example, when a deputy minister went on a trip sponsored by a businessman, he was arrested upon arrival at the airport and sent to jail.

South Africa could be better if we applied Lew Kuan Yew’s ‘mph’ formula. The starting point is to elect and promote ethical leadership. We need servant leaders – leaders who are not in politics for themselves but who are in politics to serve.

Part of the reforms to our democratic system must be the introduction of a vetting system that would require leaders to pass a corruption test before being eligible for election. An institution such as the Financial Intelligence Center should be mandated to publish a report on all candidates before they are elected and no one should be allowed to go through the proverbial “needle hole”.

However, we also need to pay attention to specific areas of the economy in order to rebuild a prosperous society. Education and factories should be at the top of our priority list. We need a new curriculum and pedagogy that will equip young people with a relevant set of skills, whet their appetite for knowledge, inject a healthy dose of self-confidence and instill a spirit of independence and ‘autonomy.

The reform of our public education must begin with the appointment of suitably qualified and experienced education reformers to lead education authorities. From the minister, to the provincial members of the executive councils, to the directors general responsible for education, no one should be appointed without at least a master’s degree in education. The time for big mouths is over.

We must ensure that our schools are places where teachers go to teach and where learners learn. Trade unionism should not thrive at the expense of learners. Learners must, in addition to disciplinary knowledge, leave the school system having learned ethical values, responsibility, discipline and respect.

The same must be done for public health. The time for people to legislate and run facilities they have no trust in must be coming to an end.

Meanwhile, our economy needs a complete overhaul. You only have to look at the toys our children play with, the cars we drive, the clothes we wear, the phones we use, the computers in our offices, the television screens in our homes, etc., to realize that we are a country that consumes the products of others.

In his book, The rise and fall of nations, Ruchir Sharma implores those who want to rebuild their nations to build “factories” first. Lessons learned from prosperous nations, especially the Asian Tigers, are that investing in factories helps create jobs, spur economic growth and build sustainable export bases.

Instead of building factories first, we have seen shopping malls spring up everywhere. And we didn’t care where the goods came from. The truth is that it is impossible to reduce our 39% unemployment rate without factories employing people en masse.

South Africa should reindustrialise, increase investment in research and innovation, and significantly requalify its people to participate as producers rather than mere consumers of other people’s goods. Hence the proposal to revive old abandoned industrial areas in our neighborhoods should be welcomed.

When someone is in intensive care, it’s too risky to let fake doctors and interns meddle with the patient. Likewise, doctors who failed until the patient deteriorated in the ICU must make room for the experts to come to the rescue.

It is time for mediocrity to step aside for experts, experienced professionals with track records and credibility to come and fix South Africa. Professionals in the private sector and non-governmental organizations need to realize that there is no messiah out there who is going to fix AS for them. They must heed the national call and use their expertise to rebuild South Africa.

In our corners, in our communities, villages and townships, let’s do our part and contribute. Let’s all stand up and fix South Africa. DM