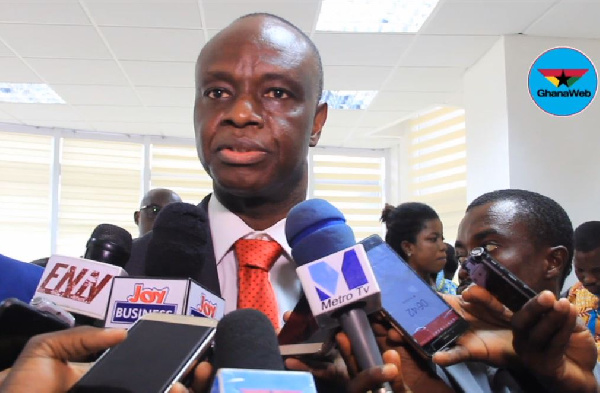 The influence of politics on the acceptance of the country’s laws by Ghanaians and their willingness to comply with those laws was made clear last week when the country’s electronic media industry regulator, the National Communications Authority, announced that it was beginning processes to shut down 49 television stations. who operate without valid permits and the decision was accepted without protest. The regulator’s previous initiatives in this regard have invariably sparked an uproar, with public policy commentators and opinion leaders protesting what they routinely label efforts to stifle the media and, in so doing, restrict freedom. expression and democratic freedoms.

Public policy analysts fundamentally agree that the reason for the widespread acceptance of NCA decisions without protest is simply because the stations identified are not politically affiliated. Rather, they are either stations created by religious organizations or stations created for purely commercial purposes.

In fact, although the NCA’s decision is seen as part of a larger effort to clean up the industry when it comes to content.

It is part of an exercise to clean up the media space due to gratuitous violation of regulations following an influx of television operators.

It is instructive that the NCA released a list of offenders just 24 hours after the shutdown of Thunder TV and Ice 1 TV, both operated by popular spiritualist Patricia Asiedu, known as Nana Agradaa.

Nana Agradaa, who openly announces money-doubling rituals dubbed â€œSika Gariâ€, was arrested when the security team stormed the premises of her television stations.
The crackdown on illegal televisions has been stepped up across the country.

Ghana has seen an explosion of digital TV stations created over the past two years in response to its liberalization of the airwaves. Most of the new stations were created by religious institutions, rather than political interests, thus minimizing the politicization of the impending exercise.

Public policy and society analysts draw an interesting conclusion from the current situation by claiming that it demonstrates that while religious institutions and their members are willing to obey the law, political parties and their supporters are not. Indeed, in the past, efforts by the state to call to order press houses that are politically affiliated have resulted in harsh criticism of the government of the day, regardless of the clarity of the offenses. .

But this is not the case this time, because political interests are not affected and the political class therefore does not arouse any controversy.

Indeed, usually outspoken Ningo-Prampram MP Sam George has said the National Communications Authority (NCA) has the right to shut down 49 TV channels it says operate without a valid license.

He maintains that the Authority’s action is justified as long as there is sufficient evidence that the channels concerned were operating illegally.

However, lawmakers have said that the NCA, beyond its declaration, will need to provide details of the breaches of each of the channels to ensure fairness and transparency.

“If you have not applied for a license and even [has not been] granted by the NCA, you cannot and must not broadcast. If they broadcast using spectrum without the required registration and license, that is illegal and therefore the NCA has the right to withdraw them. [air]. We cannot have a situation where anyone decides to broadcast what they want to broadcast.

A statement released by the NCA on Wednesday, April 21, 2021, said the channels broke the law on electronic communications. He read in part:

â€œThe National Communications Authority (NCA) has embarked on an exercise to shut down 49 television (TV) stations for unauthorized operation.

â€œThis is part of a continuous monitoring exercise being conducted on various free-to-air satellite television platforms using the Broadcast Monitoring System (BMS) and Radio Spectrum Monitoring System (RSMS). Surveillance revealed that some channels were operating without valid authorizations, contrary to Article 2 (4) of Law 775 of 2008 on Electronic Communications.

He added: “As a result, forty-nine (49) channels have been identified as operating without valid authorizations from the Authority and are being closed as a result.”

The statement said he will use the police to enforce his decision.

In 2019, the NCA took a similar decision against the default of frequency modulation (FM) stations resulting in the closure of 57 operators. This was after an audit of all the country’s FM stations in 2017. The situation quickly deteriorated into political feuds as two of the stations involved – Radio Gold and Radio XYZ – were the main spokespersons for the Democratic National Congress of ‘opposition.

Initially, fines were imposed on stations whose authorizations had expired.

Some of the injured operators have filed individual complaints, and others have done so jointly under the aegis of the Ghana Independent Broadcasters Association (GIBA) against the NCA with the Electronic Communication Tribunal (ECT).

On June 18, 2018, the ECT overturned the fines but said that a person with an expired FM radio license must lose the license and reapply if they wish.

More than 20 stations have lost their licenses, including Radio XYZ and Radio Gold.

Not Ram Kapoor, this actor who will embody the love interest of Anupama