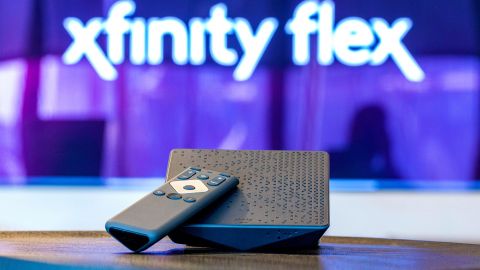 Seeking to proliferate its Xfinity Flex platform nationally, Comcast has engaged the NCTC in discussions that could lead many of the cable co-op’s more than 700 member carriers to deploy TVOS.

“We’re not far enough away that I can tell you what our level of adoption would be,” said NCTC CEO Lou Borrelli. Next TV during a telephone discussion on Wednesday afternoon. “But I can tell you that [Comcast] is very interested in our footprint.”

The National Cable Television Cooperative, which is set to announce a new name when it convenes its annual trade conference in Orlando next month, is negotiating and consulting with its members, mostly small-market cable companies, on issues related to program licensing and technology.

Borrelli, a veteran cable industry executive who took the reins of the NCTC a year ago, leaving his post as general manager at Digicel, a telecommunications company focused on the Caribbean and Central America and America du Sud, led the group, traditionally focused on TV program licensing negotiations, into more of a forward-looking technology leadership posture.

As for Comcast, it’s on the move with its quest to move Xfinity Flex beyond the Comcast Cable footprint and into a TVOS competing with Roku, Amazon Fire TV, and Google TV/Android TV as the gateway to the connected home.

Last year, Comcast struck a deal to power Hisense smart TVs with a Flex-based operating system and sell them at Walmart as XClass TV.

And in April, the No. 1 MSO hired the No. 2 US company, Charter Communications, to form a joint venture to oversee the proliferation of Flex-based TVOS, with Charter pumping $900 million into the cause over the past few years. next five years. .

The addition of Charter creates a massive national footprint to distribute the TVOS. However, enlisting the NCTC would provide the cause with a matrix of smaller markets that otherwise might not be as accessible. ▪️