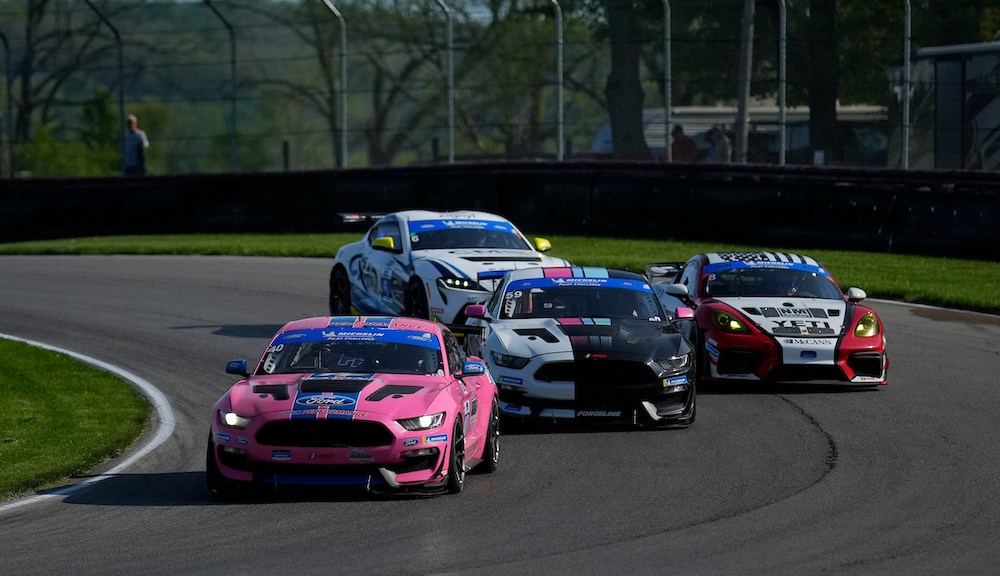 GT4, the homologation formula created by SRO Motorsports which serves as the basis for the Grand Sport class in the Michelin Pilot Challenge, is set to remain in IMSA racing until 2028 following the renewal of the agreement with the Stéphane Ratel organisation.

GT4 is hugely popular around the world, serving as the base or second class in a variety of sports car championships and GT races around the world. Three new GT4 cars were recently introduced – the Lotus Emira, BMW M4 and McLaren Artura – joining popular cars such as the Aston Martin Vantage AMR GT4, Porsche Cayman GT4 RS, Mercedes-AMG GT4 and Toyota Supra GT4.

“The decision to include the GT4 in the Michelin Pilot Challenge GS category ahead of the 2017 season continues to be a good decision,” said IMSA President John Doonan. “Apart from the fields of some of the one-make series IMSA sanctions, the GS class regularly attracts the biggest fields at every race.

“It’s a great customer racing platform that has been adopted by multiple manufacturers, at an attractive price point for many teams and drivers. We’re excited to be working with Stephane Ratel and his team at SRO to continue to deliver action GT4 to IMSA fans for many seasons to come.

Albuquerque leads as Sahlen’s Six Hours of the Glen begins

Eight different manufacturers have competed in the Grand Sport class, fielded by 37 teams and 86 different drivers in the class’s history as a GT4 series. The class has an average of 28 cars per event.

“We are very pleased to confirm the long-term extension of our license agreement with IMSA for the GT4 category,” said Stephane Ratel, Founder and CEO of SRO Motorsports Group. “According to the global survey that we conduct each year, GT4 has now surpassed all other GT categories in terms of cars racing around the world. This success is due to the many championships and series on several continents that have adopted this affordable but “With this announcement, we can expect the GT4 to remain an important part of the IMSA Michelin Pilot Challenge in the Grand Sport class for many years to come.”

The next IMSA Michelin Pilot Challenge race is at Watkins Glen International this weekend, with the two-hour Tioga Downs Casino Resort 120 taking place at 3:45 p.m. ET on Saturday. The race will air live on Peacock, with TV coverage airing on USA Network at 3:30 p.m. ET on Friday, July 1.