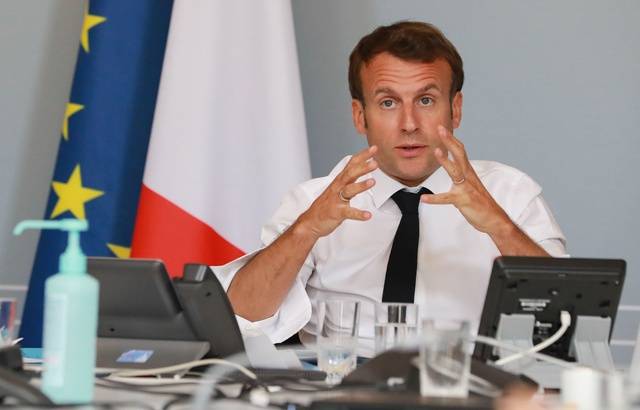 France’s National Assembly voted on Saturday to approve a government bill that scraps a TV license fee funding nearly 85% of the annual budgets of France’s public broadcasters. These include France Télévisions, France 24, Arte and Radio France.

The bill was introduced by newly re-elected President Emmanuel Macron during his campaign as part of several measures to “increase the purchasing power of French households”.

According to amendments passed by the National Assembly by 170 votes to 57, public broadcasting will now be financed by a “fraction” of the VAT, which will amount to 3.7 billion euros (3.8 billion dollars) , according to the media RFI.

The fee, created 70 years ago to contribute to the financing of French public radio and television, applied to each household owning a television and cost €138 per year. It brought in approximately between 3.2 and 3.5 billion euros per year and financed most of the services of Radio France and France Télévisions (which includes five national channels and many other regional channels), as well as their programming schedules. , the content ordered and a workforce of approximately 110,000 people.

If on paper the amount of financing will remain more or less the same, the origin of the financing is at the heart of the problem. Many in France fear that broadcasters will now depend on a government subsidy from VAT receipts instead of a tax levied on households. They also fear that the amount could be reduced in times of economic crisis or if a far-right candidate is elected to the presidency. This means broadcasters could end up relying more on advertising and could also be more vulnerable to pressure from high-profile government figures, according to several industry figures.

On June 28, thousands of French broadcasters went on strike to protest against the bill before it was presented to the Council of Ministers on July 6. It was the biggest strike in 30 years. Flagship programs such as the morning newscast “Télématin” did not air a new episode for the first time in three decades, along with “Complément d’Enquête” and a flurry of others.

Interviewed by Varietymany protesting journalists said they strongly feared that removing the levy would weaken their editorial independence and put them at the mercy of the government.

The decision to phase out the levy was mostly backed by politicians from the centre, right and far-right parties, while leftist politicians voted against and argued that it reflected Macron’s efforts to dismantle public broadcasters in France. .

Rima Abdul-Malak, recently appointed Minister of Culture, said that “it is not the license fee that guarantees independence”, but the organization known as Arcom (ex-CSA), which appoints responsible pubcasters.

Asked by Variety last month, Tristan Waleckx, a well-respected television journalist working for “Complément d’Enquête”, said he and his fellow journalists feared he would have to “renegotiate this budget every year, or every two years”, and that he will be at the mercy of future governments.

Many like Waleckx had hoped the government would look at funding mechanisms in other countries like Norway, where the TV license fee has been replaced by a personal income tax.