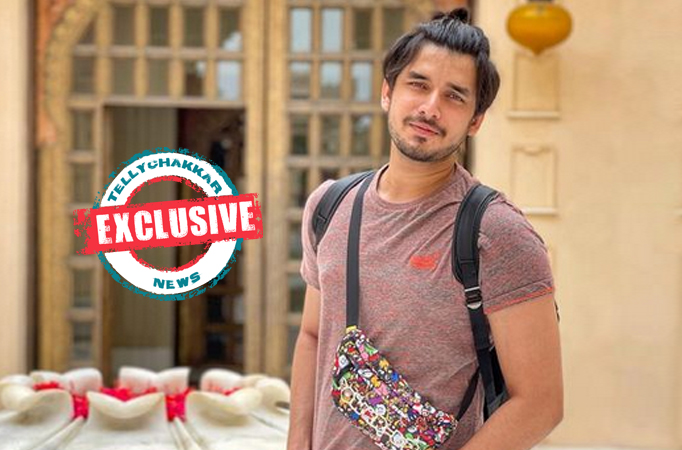 Mumbai: Two years and Anupamaa hasn’t left the top shelf of the TRP charts, the performances are indeed breathtaking and extremely relatable. Anupamaa is the most popular show on TV right now, with TRPs of no less than 3.0 on a weekly basis. Its gripping storyline and jaw-dropping twists keep audiences glued to their screens. Fans and viewers have connected with Anupamaa so deeply that they don’t even miss a single episode of the show.

We recently revealed that Paras Kalnawat was fired from Anupamaa after breach of contract. He will join Jhalak Dikhla Jaa as a contestant after the show. In an exclusive chat with Paras, he candidly revealed his side of the truth behind the termination. You wouldn’t want to miss what he had to say:

What is your version of the truth about Anupamaa’s termination?

Honestly, whatever decision the creators made for the show doesn’t reveal the whole truth. I was not informed or spoken to me once, before making such a decision. I definitely spoke to Rajan sir a week ago and informed him that I am keen to move forward with Jhalak, they informed me that if I take the colors I will have to leave Anupamaa, but Rajan sir told me he will let me know after talking to the channel. Since then he has not spoken to me once. But last night I got the termination letter in my mail stating that this is something I did against the contract. Honestly, I have huge respect for Rajan Sir and the whole team.

When you’re new to the industry, when you don’t have lawyers and managers, you don’t know exactly what the terms of the contract are. With all this excitement you sign anything and everything, I didn’t even know how long my contract was. It wasn’t until last year, when I finished a year with the show, that I learned the contract was for three years. We weren’t even told verbally about it. I think that by signing it, we were not informed of the mandate. Usually when you sign up for a show it’s for a year and then renewed every year. It was very new for me and I don’t know if it was completely against the contract because I had already informed the team that I wanted something where I see my growth as Jhalak Dikhla Jaa.

Everyone can think for themselves, I believe, the creators think for themselves, if they see that the TRP goes through an actor, they completely cut the role. People loved my character, they were crazy about Samar and Anupamaa. All of a sudden they introduced new characters to the show and my screen space dropped to a minute or two, just to show that I was still part of the show. There were scenes where I used to stand for 18 pages to 20 pages without any dialogue. I spoke to the manufacturers about it but saw no change in my favor. I respect Mr. Rajan’s decision, honestly I was told I couldn’t do both shows so I had to choose one and I chose Jhalak Dikhla Jaa.

What’s your take on partial screen real estate as it’s been mostly there in the industry?

It is something that is part of television. When you make the movie or the web series you know the character and how the story will unfold, but with TV what exactly we were told at the start isn’t always the same when you start playing in the series. For example, what I was told about the story at the beginning is 10% hasn’t been reached yet either. Whatever lead worked in the show’s favor would continue and the real essence would be left out. Still I would say television is a great industry there are a lot of manufacturers, big producers and one of them is Rajan Shahi they know what works for them and how to bring a show because they work in the industry for years. I just started my career, it’s only been 5 years or less for me, I’m still learning the inner workings of the Industry.

When I decided that I had to do this show, I didn’t even know that I would have to leave Anupamaa because I had 26 days on hand and Jhalak Dikhla Jaa only wanted 4 days per month. I was ready to do both shows simultaneously, because Anupamaa only gave me 15 days a month for the past 7-8 months. Although I was promised 28 days, I was shooting for 15 days. As we know everything goes in favor of the producers even I am going in favor of the producers because even if Rajan Sir would have done worse than that I would still have supported him because he was there for me and I respect him and the opportunity he gave me.

Who from the Anupamaa team would you miss the most?

I would definitely miss D’Anupamaa, Sudhanshu Sir, Madalsa, Nidhi and Muskan. These four are really close to me. Although on screen my character does not like Vanraj aka Sudhanshu sir but off screen I love him very much. It is completely at odds with what it plays on screen. He is generous, very spiritual and full of positivity. I would miss these four from the show.

Read also: EXCLUSIVE! Anupamaa Sudhanshu Pandey’s fame facing online trolls for his character Vanraj: I take everything with a pinch of salt