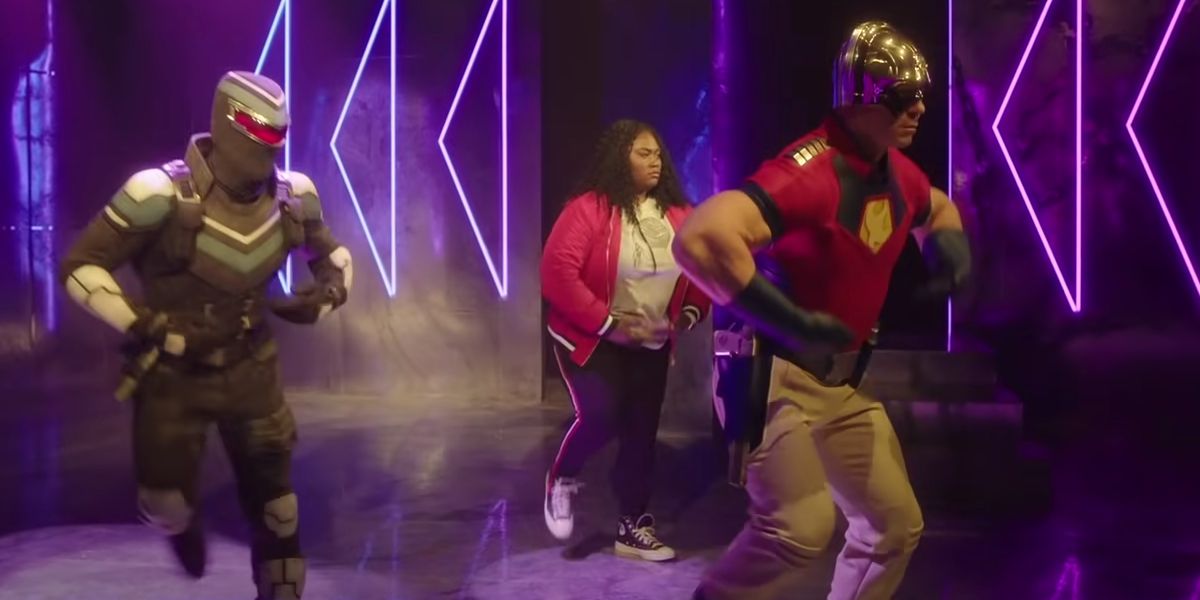 A behind-the-scenes look at HBO Max Peacemaker reveals that when series lead John Cena was unavailable, Alan Tudyk stood up to rehearse the dance number from the opening title sequence of the DC Extended Universe show for him .

The first HBO Max original series set in the DCEU, Peacemaker revolves around the events of Gunn’s 2021 film The Suicide Squad. Written and co-directed by Gunn, the series debuted its first three episodes on HBO Max on January 13. Peacemaker Season 1 will run for a total of eight episodes, with new episodes every week until February 17. Set to “Do Ya Wanna Taste It?” from Wig Wam, the show’s opening title sequence sees Cena’s anti-hero perform an elaborate dance number with his co-stars, many of whom have a humorous stone face throughout.

The first three episodes of Peacemaker are available to stream now on HBO Max. New episodes come out on Thursdays.

Noah E. Dominguez is a jr. editor of Comic Book Resources who joined the site as a writer in the summer of 2018. He has also written for sites like WhatCulture and Gaming Access Weekly (formerly Gamer Assault Weekly), and holds a degree in mass communication. What will he do next? Stay tuned. You can follow him on Twitter at @NoahDominguez_