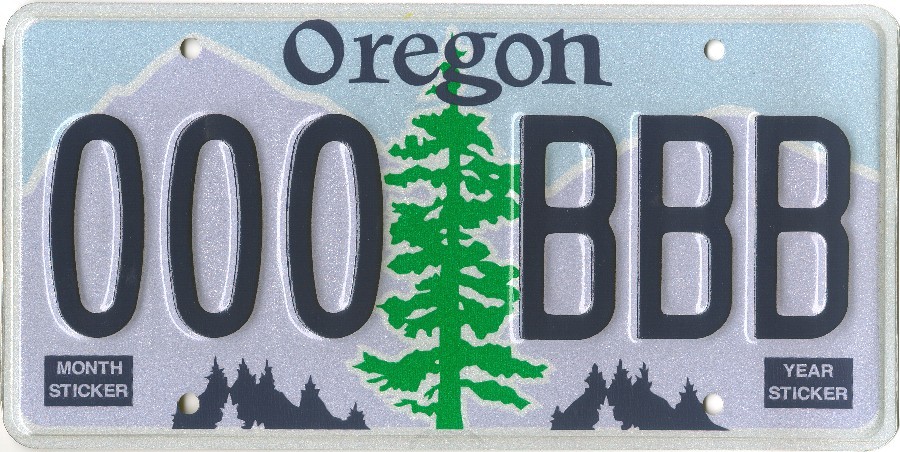 BUUURP, ST0UTS and T00TZ are just a few of the requests denied by the DMV in 2021

PORTLAND, Ore. (KOIN) — Only six characters are allowed on Oregon license plates, but that doesn’t stop some people from making inappropriate claims.

The Oregon Department of Automotive Services has had a personalized license plate program for years and it’s up to them to keep anything obscene, offensive, or alarming off the road.

“We Google things. We use the urban dictionary. Slang changes a lot, so we need to make sure that some of the things that are handled by our office don’t violate these very basic rules that have been in place for decades,” explained David House, spokesperson for the Oregon DMV. .

He said the DMV has a system that automatically filters out applications for inappropriate license plates. It also blocks anything that has been denied in the last few years. Additionally, DMV employees review each request to ensure that it can be safely approved.

In the Oregon personalized license plate application, the DMV says it will deny any combination of letters or numbers that may be “objectionable,” meaning it refers to private body parts or sexual or excretory functions; offensively refers to a person or class of persons on the basis of race, color, sex, ethnic origin, national origin or other characteristic; suggests that the vehicle is an official vehicle of a public body when it is not; refers to illegal acts; or refers to alcoholic beverages, controlled substances, or paraphernalia associated with alcohol or controlled substances.

House said the DMV would also deny anything negative toward a religious group. However, positive religious messages are allowed.

Some of the more moderate requests made in 2021 include SHRMS, M3RLOT, BUUURP, ST0UTS, and T00TZ. Overall, 293 different character combinations were denied in 2021. Oregon DMV has no way of tracking how often each character combination was requested. The agency receives approximately 10,000 personalized requests each year.

Every once in a while, House says, something slips through the cracks.

“Maybe once or twice a year another Oregon resident will alert us and complain about a plate pattern. A lot of times, you know, it’s something that’s new slang that’s been on a plate for a long time,” he said.

RELATED: Paying for an Oregon Special License Plate? Here’s where the money goes

When this happens, the DMV will contact the driver and let them know that their personalized plate is retired.

FOX 8 News in Ohio recently reported that several requests were denied in 2021 where people requested negative posts about President Joe Biden. House said people in Oregon can put negative messages aimed at politicians on their license plates, as long as they fit in six characters and don’t include anything that hints at profanity. He said politicians are seen as public figures and are open to more criticism.

Ultimately, House said there’s a simple way to think about what’s allowed on a license plate.

“What words can and can’t you say on TV? What are you avoiding? It’s a very, very close alignment. You don’t want your child to say, “Hi, mom, hi, dad.” What does that mean? ”, He said.