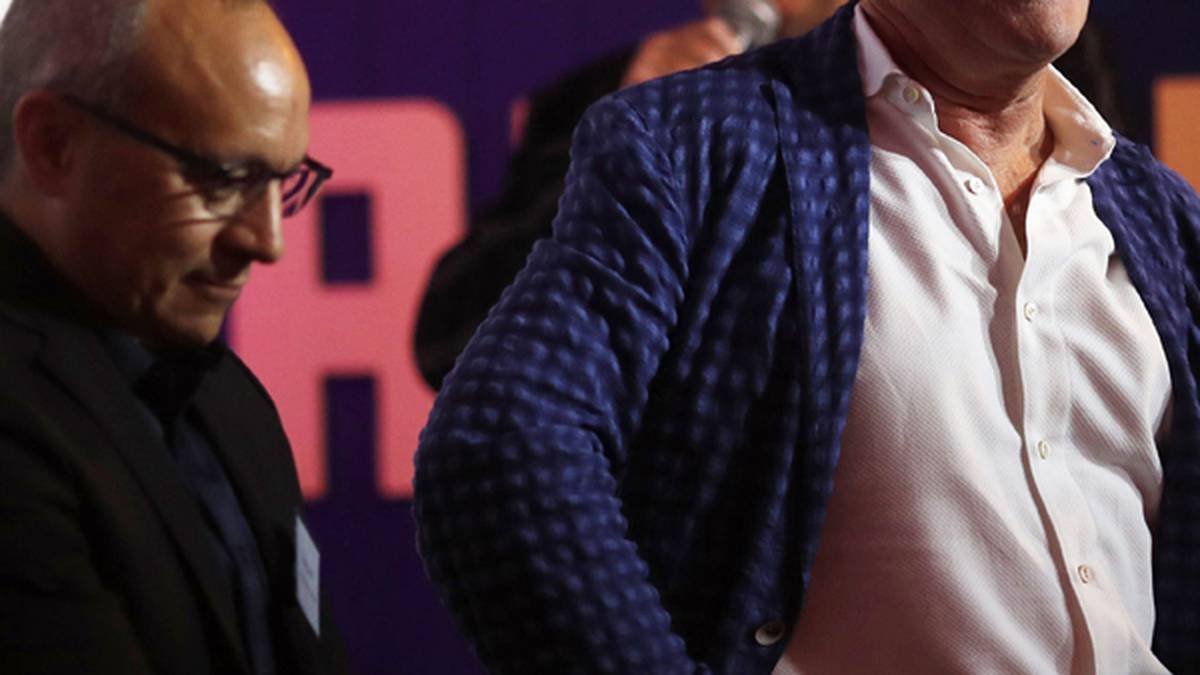 Wayne Brown, candidate for mayor of Auckland, says the ‘bizarre antics, rants and rude rants’ of his rival Leo Molloy during an appearance on a satirical TV show means he must withdraw from the race.

Molloy punched people he considered ‘woke’ and claimed Auckland had been embarrassed by a succession of ‘soft-****’ mayors during his interview on TV3’s New Zealand Today, a current affairs show comedy hosted by Guy Williams.

Brown claimed today that Molloy’s antics had ‘destroyed any thought he was capable of being mayor’.

Molloy laughed at Brown’s appeal, describing his rival as “a walking dead man” and said it was Brown who should be waving a “white flag” and surrendering from the race.

“Does he understand what comedy is? Molly asked.

“I have [a] something called charisma… which he doesn’t get the chance.”

Brown said other mayoral candidates acted with “grace and decorum in the face of his derogatory and childish insults and attacks – on a daily basis.

“They stayed dignified and spoke about the issues…Mr. Molloy was quick to offer his own advice on what the other candidates should do. He needs to reflect on his own behavior.”

Brown said Auckland’s mayor ‘should play a serious and dignified role, representing and leading our city nationally and globally, and solving difficult and complex issues – Mr Molloy is not suited for this job .

“Behaviour like this and consideration of his past suggests he is not the right person to serve as Mayor of Auckland.

“Although the series is lighthearted, his abusive performance and now-familiar resort to wanting to ‘hide’ when the debate gets too big goes far beyond an attempt at humor – to the point where he needs to ask the help of a professional.

“I have led many large organizations and the behavior we saw in this program would not be acceptable to the youngest member of the board or management.”

Molloy responded in a statement saying Brown “clearly has no sense of humor and hasn’t read the show’s description.”

“I’ve known Guy’s dad for over 40 years. The show was theatrical, I performed as instructed, all in good spirits. Guy remains a friend and actually visited our campaign HQ last week.

“I would strongly recommend Wayne Brown to stop focusing on comedy shows and start focusing on the issues that matter to the people of Auckland.”

Molloy “won” verbal and physical confrontations on the show; the latter sparring with oversized gloves in a boxing ring outside the potential future mayor of Auckland’s former waterfront bar.

Molloy won the fight, forcing Williams to endorse his mayoral bid on a music video.

Before stepping into the ring, and after some verbal sparring between the two, Molloy said, “This interview comes with strings attached.

“When your producer called me, the only condition I said was that we needed 15 minutes in the square office at the end…you and me.”

When Williams asks him what it was, a serious-looking Molloy replies, “That’s where you can’t go running and hiding. I’ll put you in the corner and beat you up…shit out of you”.

The clip then sees Molloy walking out of the bar in front of Williams saying, “Come with me my little lamb, come to the slaughter.”

“When a little woke up, sweet-***** like you, I bring them in here and give them a hiding place.”

Molloy then prepares to have a fight with Williams, telling the lanky former basketball player, “Get up and fight your weak asshole.”

A stunned Williams then asked Molloy why it’s so important that a future mayor be able to box, the mayoral candidate said bluntly: “Well when you had a series of soft-*****s like Phil Goff which does nothing, and ‘Pants Down’ Len Brown…”

Molloy was pre-armed with personal information about Williams.

It later emerged that he spoke to the comedian’s father to better understand who was going to interview him on camera. Each time Williams tried to direct the heat towards Molloy, the former jockey used the information to turn the tables.

“I’ve done some research on you and you’re clearly desperately awake,” Molloy told him.

To which Molloy replied, “Woke has been hogging the media for some time now…”

When Williams chimed in, a clearly frustrated Molloy said, “Who’s the director here? Are you director Matt? Let’s get a talking stick or something… I’m not used to be interrupted.

“Am I going to have time to talk here?

Molloy continued his attack on revival saying, “History has been erased from the real men. They’re just soft-*****s wearing tan suits that have more profile in New Zealand.”

Williams wore a tan suit during the interview.

Williams chimed in, “What’s wrong with being a soft-****? It would be weird if I did this interview with an erection. Did you have an erection during the interview?”

Molloy replied, “I didn’t today, but I normally do.”

Williams tells Molloy that he is a successful businessman, who owns a popular bar, but who he thinks is going to give it up to “embarrass himself” by running for mayor.

Again, the line Williams took infuriated Molloy, who said, “I’ve had the shit guts woke up. That’s what you get when you end up with limp mayors.”

“I watched ‘Embarrassing Guy Williams’ [on the internet] and it was about 80 pages. I just ripped a fact out of it.

“Listen to what I have to say, I’m the scholar…be polite and say, ‘Leo, why do you think this would be good…or help me understand…”

Although Molloy’s time as a jockey is well known, Williams reacted in amazement.

To which, Molloy said, “That’s how your father knows me. I was a jockey”.

Williams later told Molloy that he liked him, but thought he was a “walking political disaster”.

To this, the popular publican says, “Unlike you, I don’t just open my mouth and drop words. I stop, reflect and rationalize, build a case…I justify.”

He then said that Williams “has filters on,” implying that it potentially distorted the way the TV host saw things.

In response, Williams gave Molloy the opportunity to talk about the top three things he would do for Auckland if successful in his mayoral bid.

“The first thing I’m going to deal with is congestion,” Molloy said. “The congestion charge and I will have free public transport.

Williams challenged him again, saying waterfront stadium deals had failed before, to which Molloy said: “F*** up, I’m talking.

“The waterfront stadium is a no-brainer.”

He’s interrupted again, causing Molloy to fire back, “One more fuckin’ time if I may, now listen son, did your dad ever kick your ass? He should have and he should have. do many times.”

When asked how he knew such personal information about him, Molloy replied, “It’s my job to know. You’re a taxpayer and a citizen.”

Williams had opened the ball by saying he was a “volunteer journalist”.

He said that Auckland was New Zealand’s “asshole capital” and that every three years “the people of Aucklandton vote for the king of dicks…also known as the mayor. And that’s it.” is an absolute clown show”.

He made it clear he had no time for Molloy’s campaign, saying: “It’s a disaster waiting to happen…I had to stop him so I went to meet Leo Molloy at his headquarters, a bar called HeadQuarters, trying to convince him not to be running for mayor.”