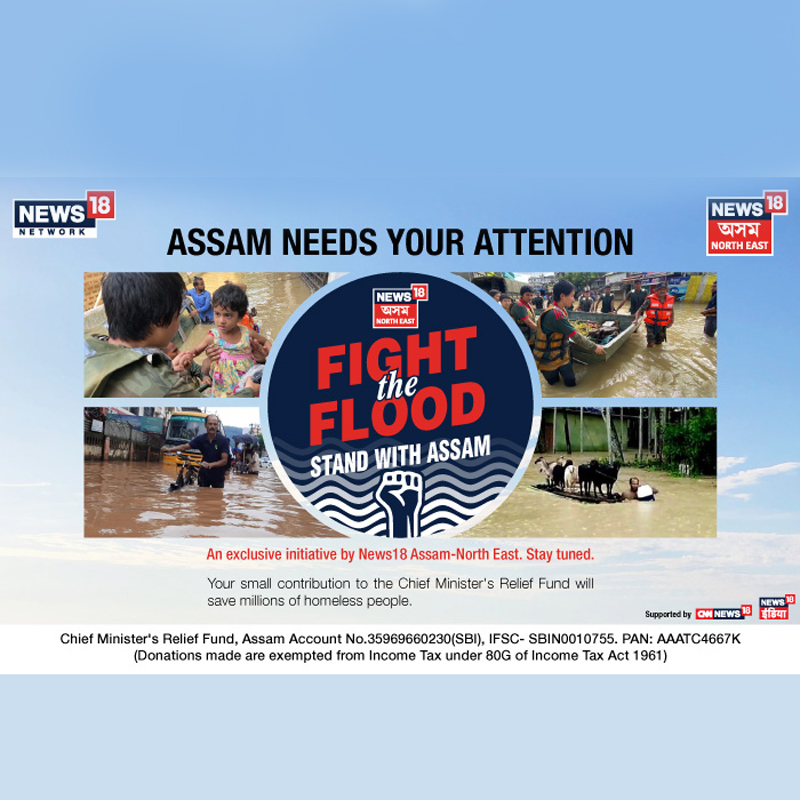 The campaign will collect donations for flood victims into the CM relief fund.

Encouraging this initiative, the Chief Minister of Assam, Himanta Biswa Sarma expressed his appreciation for creating a platform that raises this national concern for Assam.

Currently, Assam is grappling with the worst flooding in decades. Nearly 53.94 lakhs of people in its 32 districts have been badly affected by the extreme rising waters. Streets have turned into rivers, homes into relief camps, as villagers barely survive with zero availability of basic necessities such as food, water and electricity for weeks.

To fight against this misery, it is high time that we all unite and join hands for the brothers and sisters of Assam. This special campaign focuses on in-depth reporting with hard facts and an all-out fight against fake news in flood-affected areas. It will shine a light on the unsung heroes, who work tirelessly to rehabilitate those trapped in the flood zone.

Let us stand together to help Assam through this difficult time.