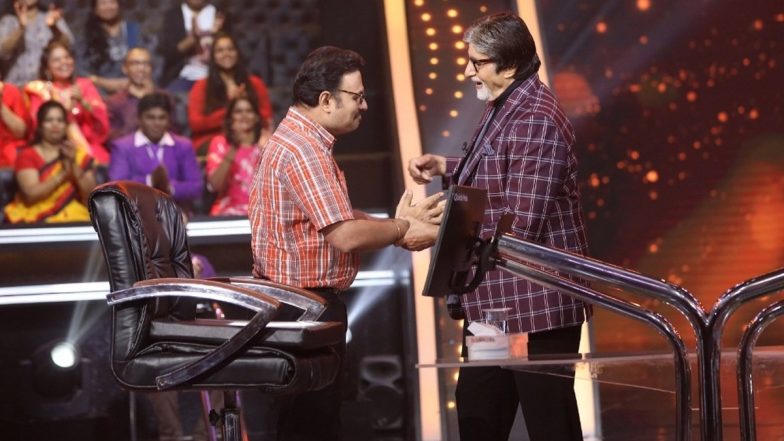 A Bengaluru banker Satyanarayan Subbaraya shared on Kaun Banega Crorepati 14 how he stood outside the house of megastar Amitabh Bachchan. He will be seen in the hot seat as part of the episode “Play Along”. He recalls: “It took me 22 years, a month and 9 days to arrive Kaun Banega Crorepati. KBC 14: Aamir Khan reveals he didn’t see RRR but spent an entire night talking about it with SS Rajamouli.

I still remember when I was studying at the University of Mumbai, someone told me that every Sunday, Amitabh Bachchan came to his balcony to greet his fans. So, I also went there several times but I never had the opportunity to see you. It’s a dream moment come true. I can’t even believe I’m sitting in front of you.” KBC 14: Amitabh Bachchan asks Sunil Chhetri to ‘bring the Asian Cup home’, this is what the star footballer replied.

He adds, “I have watched ‘Kaun Banega Crorepati’ since its inception and always hoped that one day maybe I would get the chance to be on the show. Whether it was winning the first lap with the fastest finger or sitting in the hot seat, the whole experience was worth it.”

Unlike previous seasons where every Friday a celebrity used to play with the host in the hot seat, this time around there will be contestants selected through an online game available on SonyLIV. Competitors can perform with a live show sitting at home and have the opportunity to be in the hot seat. So this time instead of Shandaar Shukravaar, this is the ‘Play Along’ episode. KBC 14 broadcast on Sony Entertainment Television.

(The story above first appeared on LatestLY on August 12, 2022 at 6:14 PM IST. For more news and updates on Politics, World, Sports, Entertainment and Lifestyle , log in to our website latestly.com).

The city of California will install 20 license plate readers