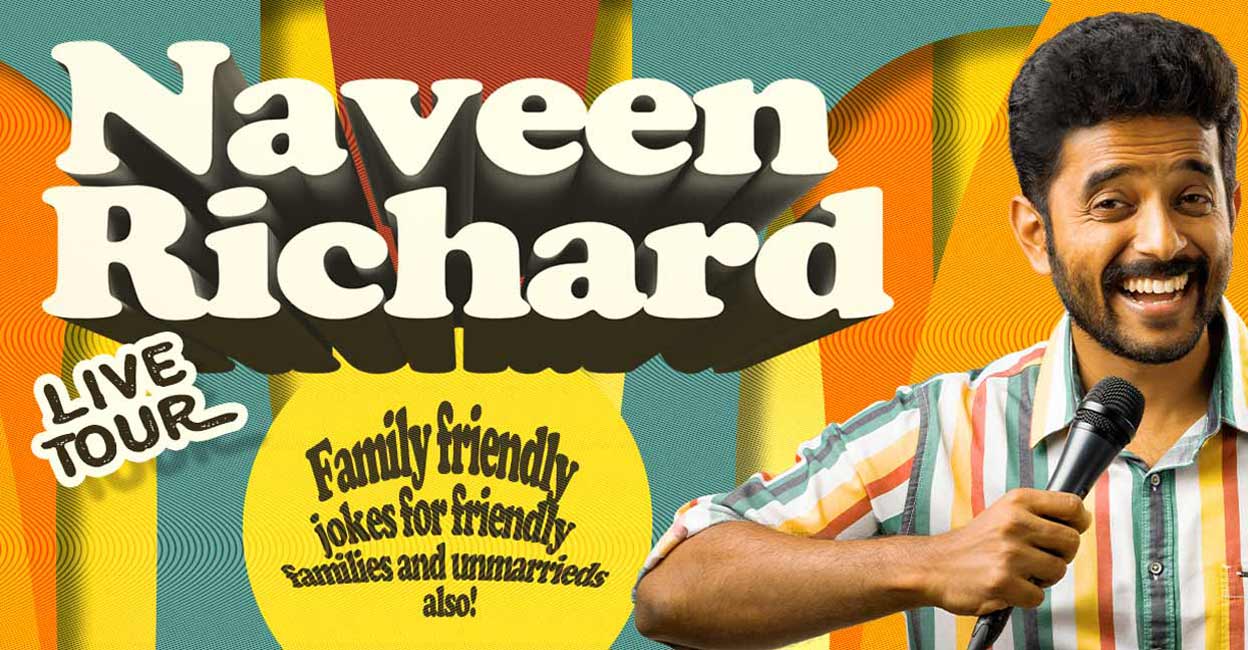 “Kottayam was great. I enjoyed the crowd and the atmosphere,” says comedian Naveen Richard. He was recently in town for his show, “Family Friendly Jokes for Friendly families and Unmarrieds Also,” hosted by The Purple Crayons at the Aida Hotel.


Naveen agrees that it’s not easy to come up with back-to-back jokes to last an hour-long show. “It’s unpredictable when a joke idea comes up. We cannot force it. When he comes, I write him down. Some of these jokes work and some don’t. Over time, I tighten it up and improve it to make it more accessible to the public,” he explains.

Although he’s one of the nation’s most sought-after stand-up comedians, it wasn’t always his dream job as a kid. “It wasn’t a thing back then. I secretly wanted to be on TV. I used to try out different characters and voices in front of one. I used to participate in plays in school and towards the end of my university studies, it (comedy show) started to pick up in India. I started doing it and I continue to do it,” he says.

Although the lockdown was tough for most artists, Naveen says he did a lot of corporate shows online then. “I enjoyed it, but I don’t think it worked for a lot of comedians. It was easy because I could keep a list of my jokes in front of me. In a hall it is very important to have the right light, sound and seating etc. But when the show goes live, we can forget about all that,” he says.

What about the stand-up scene in Kerala? “It’s very young. There are many artists to come and we still have a long way to go.