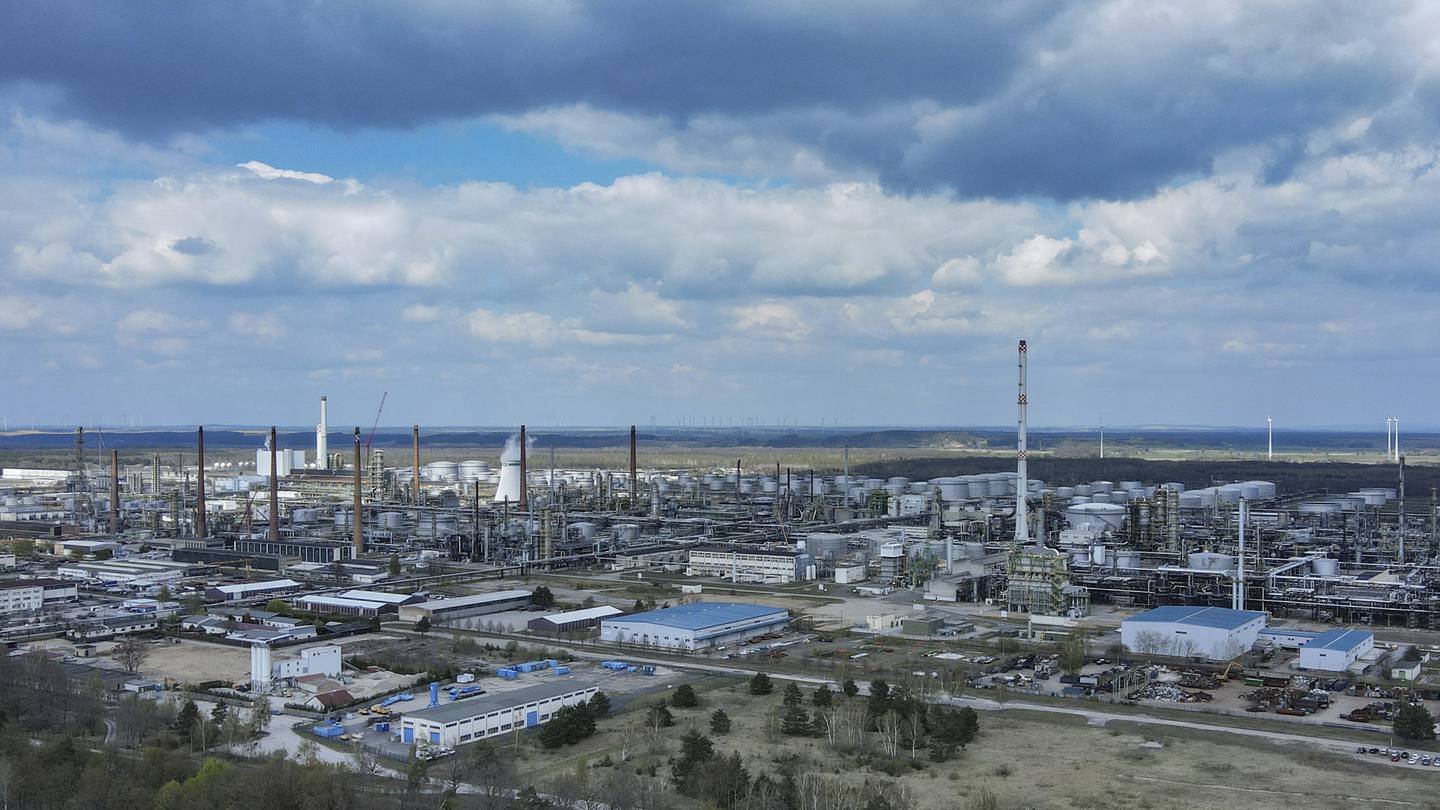 Germany has moved the European Union closer to a Russian oil embargo, saying it would no longer block such a measure despite reservations about whether it would succeed in weakening the Kremlin.

Vice-Chancellor Robert Habeck said Germany’s move to replace Russian oil since invading Ukraine meant it could now weather an embargo without the economic disaster it feared when it initially opposed it.

Germany had been one of the main skeptics of an immediate oil embargo championed by countries like Poland, which say Europe is effectively funding Russia’s assault on Ukraine by paying for its fossil fuel shipments .

Any import ban would require unanimity from all 27 EU members. Hungary has also spoken out against an embargo but has left the door open to adopting an oil ban if there are enough alternatives to Russian imports.

Energy policy chief Mr Habeck would normally represent Germany at a special EU energy summit on Monday, but a spokeswoman said his appointments had been canceled after being tested positive for Covid-19 on Friday.

He told ZDF television on Thursday evening that Germany “does not oppose an embargo” and could live with the likely economic fallout if passed.

But he said he would question “the ingenuity with which it is taxed”, to prevent prices from rising so high that Russia is actually collecting more money for less oil.

He sketched out a scenario in which such an embargo backfires by throwing poorer nations into crisis over high prices, pushing them into the arms of Russian President Vladimir Putin if he offers cheap fuel in return. of political support.

“There are other possibilities” apart from an import ban, Habeck said, without further details. Oil prices rose on his comments.

Russia’s decision this week to cut gas supplies to Poland and Bulgaria exposed the Kremlin’s grip on its neighbors’ power grids and prompted European Commission President Ursula von der Leyen, to declare that “the era of Russian fossil fuels in Europe will come to an end”.

Gas supplier Gazprom said it cut off the two countries because they refused to pay in roubles, a request dismissed by Ukraine’s allies as a breach of contract but which has put other countries on alert for any interruptions.

There was confusion over whether Russia’s request to convert money to rubles in a Gazprombank account was a breach of EU sanctions, a point that is expected to be discussed at the energy meeting of Monday.

European diplomats agreed to ban Russian coal in a fifth round of sanctions signed this month. But a sixth package, potentially including oil, has yet to be formally proposed after three weeks of talks.

Hungarian Prime Minister Viktor Orban’s chief of staff said last week that the country would consider whether EU proposals offered an alternative to Russian oil and that there were more options to replace it than gas.

Ukraine wants its allies to complete the package by also banning Russian gas, but Germany says it will take until 2024 to be independent, Austria says it will need until 2027 and Hungary called the debate on the issue unnecessary.

Germany’s belief that it can live without Russian oil comes after a two-month scramble for alternatives which Mr Habeck said reduced its dependence on Moscow from 35% to 12%.

The main remaining obstacle is a refinery in eastern Germany owned by Russian energy company Rosneft, which Habeck said had no interest in cooperating on an oil embargo.

Replacing Russian gas will take longer as Germany currently has no import terminals to handle liquefied gas which is shipped from further afield. But Olaf Lies, regional environment minister, said on Thursday that construction work on an LNG terminal in Wilhelmshaven would start next week.

In the meantime, the German grid regulator said in a daily update that gas stocks were in a relatively healthy position and Russian gas continued to flow through the Nord Stream 1 and Megal pipelines.

Gas stores were about 33.6 percent full, the agency said, better than the same time last year. The European Commission has proposed mandatory minimum storage levels to prevent the block from running out of gas.

A Pennsylvania lawmaker wants to reform the cosmetology industry. Should the licensing requirement for makeup artists, eyelash specialists be removed? – The morning call