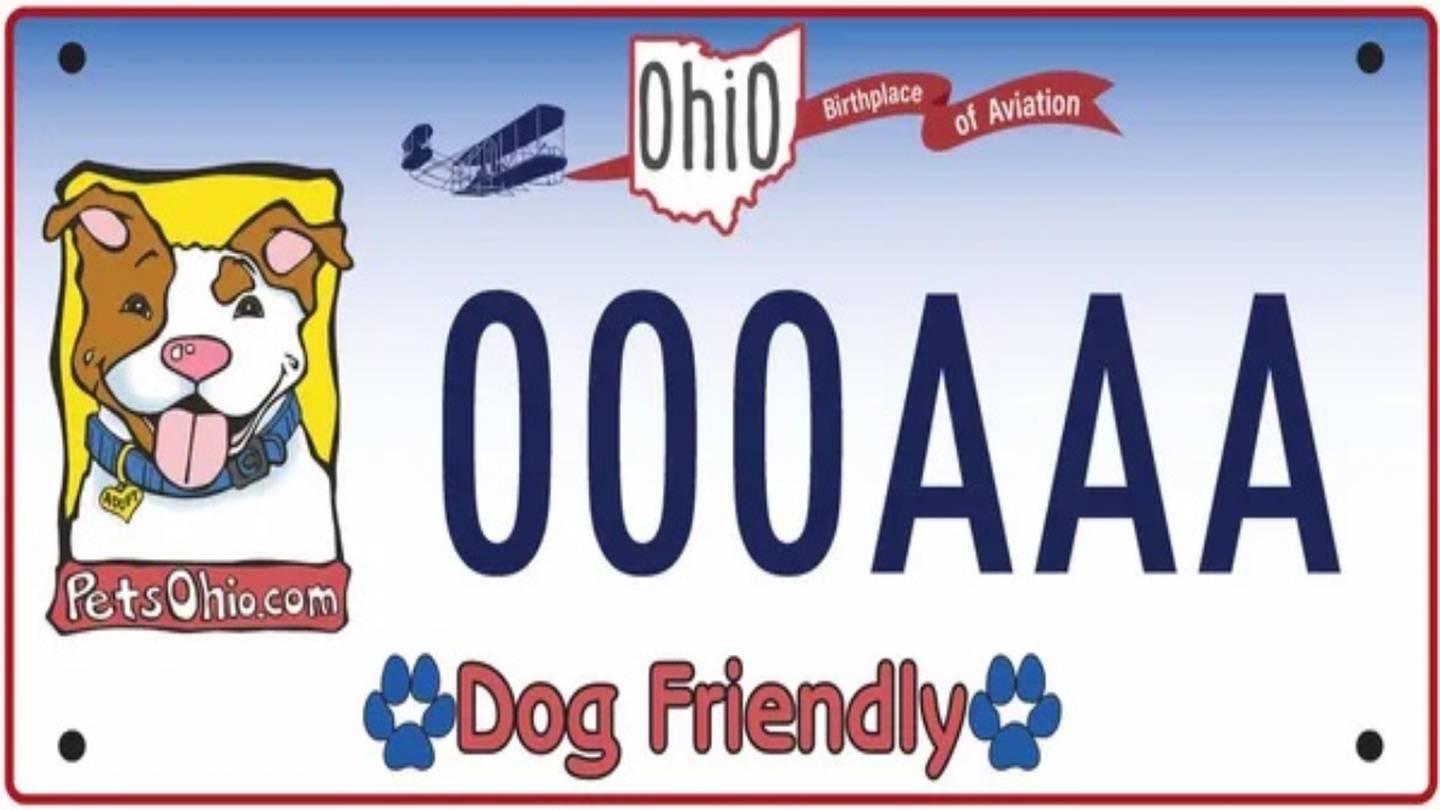 CLEVELAND — Jack was once a former wanderer taken in by a home shelter. He is now the face of Ohio’s new license plate.

The white pit bull, a former student of City Dogs Cleveland, was chosen as the model for the license plate, which benefits the Ohio Pet Fund. The “Jack Plate” is available now from the Ohio Bureau of Motor Vehicles website.

Designer Jenny Campbell said the organization asked her in 2021 to design a new pet-friendly plate, and it came with a special request.

“They wanted to do a pit bull,” Campbell told WKYC-TV.

Jack turned out to be the perfect role model, the TV channel reported.

“Not just because it’s a great rescue story,” Campbell told WKYC. “But because it’s a nod to Timy (Sullivan), because she’s done so much for animal welfare in northeast Ohio.”

Sullivan, Jack’s owner, worked to change the public’s perception of pit bulls, according to the TV station.

Sullivan and other volunteers started the City Dogs program in 2014 at Cleveland Animal Care and Control.

“Every dog ​​they had was a pit bull,” Sullivan told WKYC. “The reputation of pit bulls at that time…(they) didn’t have a very good reputation.”

“Our goal with each of these events was for at least one person to come out of there saying, ‘I met a really nice pit bull today. “”

Sullivan met Jack, who came to City Dogs after a failed adoption.

“I really had no intention of adopting another dog,” Sullivan told WKYC. “But you know, it was one of those magical things.”

And now Jack is a statewide star.

ICC Men’s TV Rights: With a license in hand, give Zee a big break from broadcasting cricket