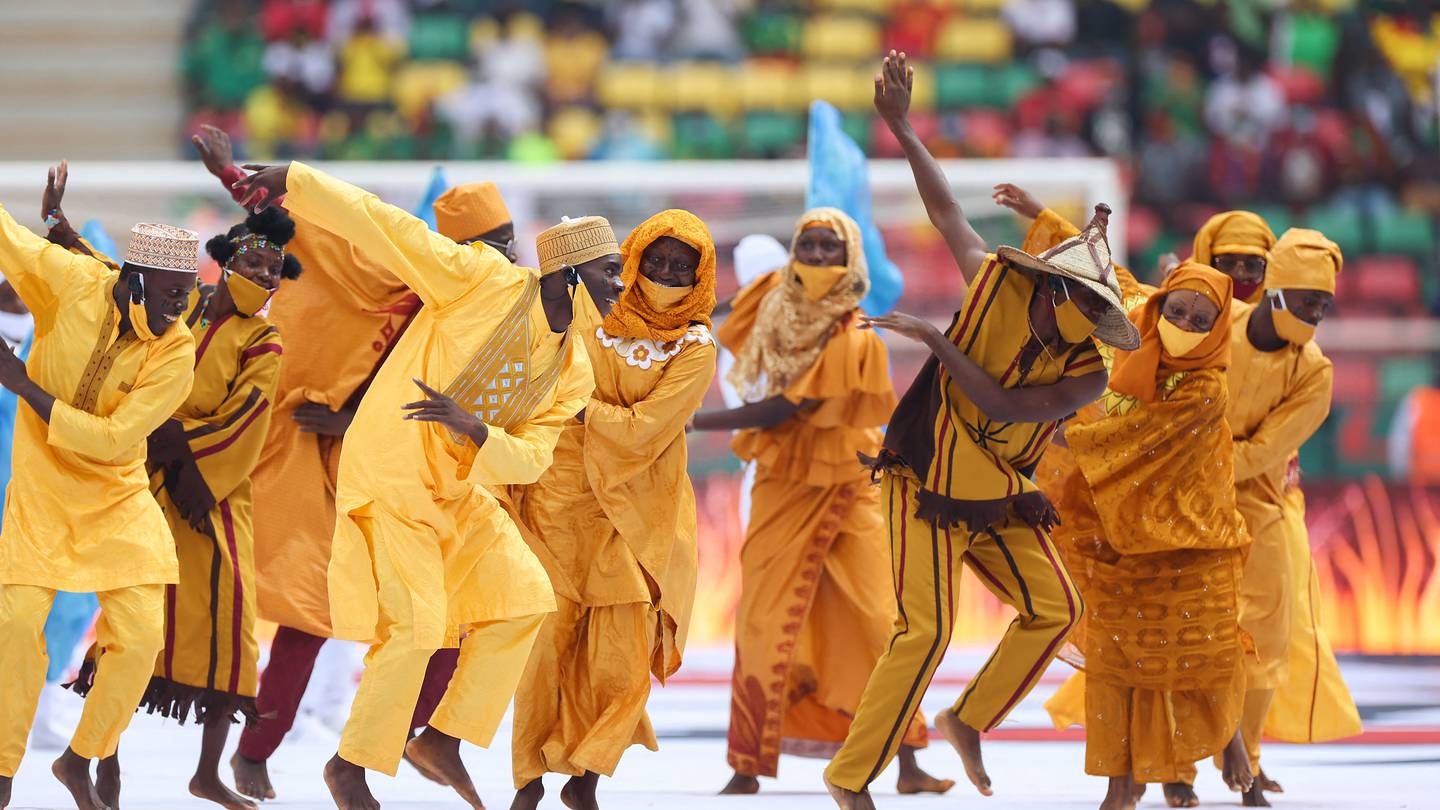 the music behind the Africa Cup of Nations

The Africa Cup of Nations kicked off on Sunday at a new pace.

Organized in Cameroon and featuring the defending champions of Algeria and Egypt seven times champion, the tournament has two official songs for the soundtrack of the event.

A blast on a vuvuzela seller while selling clothes Cameroonian football in the capital Yaounde. The Africa Cup of Nations kicked off on January 9 in Cameroon after being postponed to 2021. AFP

At the end of the 28 Days of Bargain Football, viewers at home and in the stands will no longer be able to stick their heads out, such is the frequency with which they are broadcast over the stadium speakers on match days and at home. daily television. emissions.

With so much exposure at hand and the risk of high annoyance, take a look at the songs and if they are up to.

The competition around this track started long before the start of the tournament.

Instead of directly order a specific artist, the authorities of Cameroonian soccer opened bids to the public to discover new voices.

The music and dance collective Africa Smile was chosen with Crazy feet, a track in English and French loosely translated as “football mad”.

Sunny and vibrant, the song made the tour to showcase the cultural diversity of the continent highlighting the clean Multiculturalism Cameroon as an example.

The clip features dance performances linked to different ethnic groups in Cameroon, including the Duala and Beti.

“Inside and outside the stadiums in unison, we celebrate a proud people … admiring all the feats that are done in Cameroon,” the group sings.

The song was performed at the opening ceremony of the Africa Cup of Nations on Sunday.

“We defend Africa” ​​by Salatiel

When it comes to sports anthems, the message is as important as the melody.

The track should not only sound great, but represent the values ​​associated with the tournament.

The Africa Cup of Nations celebrates not only the sporting dynamism of the continent on the ground, but its diversity across the 24 competing countries.

We defend Africa scores a goal by achieving both goals.

A whopping 24 artists, representing all of the competing countries, collaborated on a multilingual track comprising English, French and Arabic, the last being provided by Egyptian singer Hakim.

Produced by singer-songwriter Salatiel Cameroon, the singing melodies are happy while undermined by fatigue.

After all, we are in a pandemic and Africa has suffered greatly.

The power of We defend Africa lies in its lucid tribute to the continent’s resilience and optimism in the face of difficulties.

Sierra Leonean crooner Emmerson Bockarie sums it up best when he sings the verse: “With a legacy and a spirit that never dies, the African dream will live on forever.