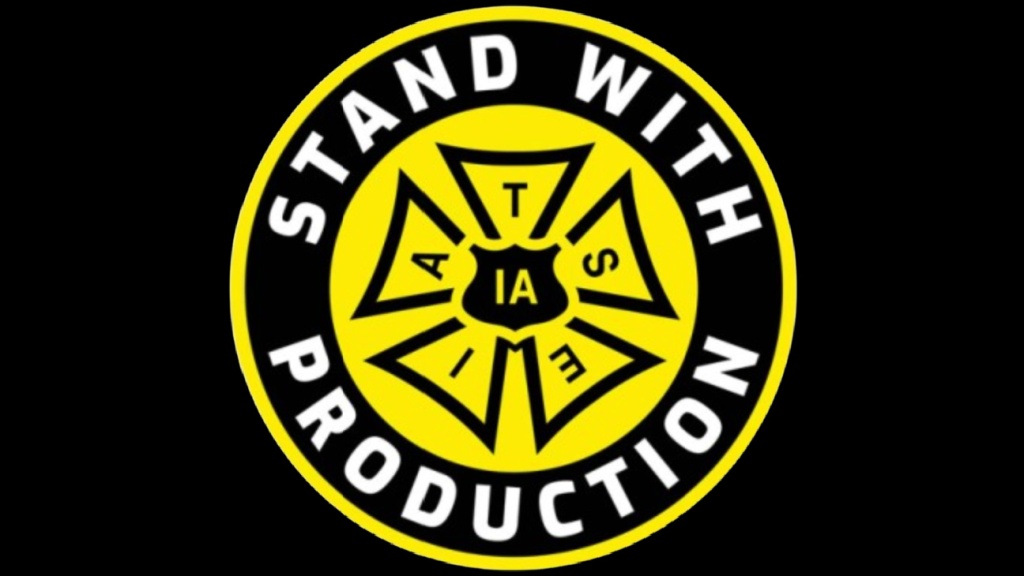 Over the course of a few days in October 2021, as they watched members of unionized film and television crews with IATSE threatening to strike, a producer and production supervisor working on a major commercial job considered take his own position.

Erin Wile and Cheyenne Cage were working on a multimillion-dollar advertising campaign for a major tech company that was pushing them to their breaking point: The production required long hours and long travel times, coordinating multiple shoots and navigating against the threat of bad weather, all while the production crew were told to put more on their plate. (Wile and Cage declined to publicly name the companies involved, but The Hollywood Reporter confirmed filming details with other project workers.) Finally, three days into filming and after saying he had raised concerns that were not resolved, Wile and Cage left work and the supervisor of the project’s assistant production, production assistants, COVID compliance team and script supervisor followed suit.

It was a significant move, given that the commercial production crews are non-unionized and a number of these workers rely on close relationships with the companies to secure work. Cage forwarded an email she sent to the campaign’s executive producer, which called for “humane and fair treatment” to a number of colleagues, and soon the story of this rare outing from the team of production began to circulate widely. Cage says she and Wile received “hundreds” of emails and numerous phone calls about their action. To continue the conversation about working conditions, the duo held a virtual “town hall” the following week, which was attended by hundreds of people. “Erin and I were like, OK, something’s happening now,” Cage said. “From there, we continued to host town halls that became more and more organizationally focused.”

So began Stand With Production, a rank-and-file group founded by Wile and Cage that is now trying to unionize members of production departments on television commercials with IATSE. The group, which goes public with its organizing effort on Thursday, is seeking to unite production assistants, assistant production supervisors, production supervisors, line producers and bidding producers into a national union. They are currently collecting union clearance cards and ultimately want to seek voluntary recognition from the Association of Independent Commercial Producers (AICP), which negotiates on behalf of independent commercial production and post-production companies with unions, but has not again reached out with the request. (The AICP declined to comment at this time.)

Stand With Production made the decision to gradually attempt unionization. After the group’s first town hall in 2021, more virtual gatherings followed, and Wile and Cage began talking one-on-one with production department employees, who typically handle the logistics of TV commercial shoots while managing the budget and communications with the project’s production company. , agency and client. Inspired by one of those conversations, a group of Stand With Production members wrote a set of “production guidelinesdetailing labor standards for production departments that the group says should be implemented industry-wide. The guidelines propose daily rates of pay that the group deems acceptable and how these rates could increase with increases in the cost of living; they also provide suggestions on how workers who clock in more than 12 hours a day and/or work six or seven consecutive days a week should be paid. More than 1,700 production workers and industry supporters have signed a petition supporting the guidelines, and Stand With Production encouraged its members to ask employers to respect the guidelines in employment negotiations. (The group originally planned a walkout tied to the guidelines, but later scrapped the idea; nonetheless, the guidelines and the threat of a walkout “gave us a little bit of political power” and increased pay rates from some workers, says Wile) . Stand With Production has also compiled a database of the names, contact details and regions of thousands of field workers.

In late 2021, a member of Stand With Production began contacting a number of unions, including IATSE, to explore the group’s options. Still, sentiment about whether the band should unionize was mixed: executive producer Josh Jupiter notes that he initially felt “very negative” about unionizing, while production assistant Hank Hartnell says he was skeptical about restricting band members to union work (both are now supporters of the IATSE labor campaign). Plus, “I think the majority of the band thought going with a local was going to be tough because we’re spread all over the country,” says Wile.

According to the group, several organizations, including the Communications Workers of America, expressed interest in speaking to the group, but the IATSE presented the most compelling case for unionizing with their organization. The union offered to try to unionize all the roles that Stand With Production collected, organize nationally, and let Stand With Production run the campaign. (THR contacted CWA for comment.)

From the IATSE side, it was somewhat unusual to land on a group that had already reached out to so many workers and compiled a list of desired labor standards. “It’s an unusual but welcome thing that this level of organization exists before a real organizing campaign,” says a source close to the union.

While Stand With Production organizers and supporters say the concerns they want to address with a union are chronic, those issues have come to a head during the pandemic. Like the IATSE film and television members who authorized a strike in the fall of 2021, the group wants to establish longer rest periods, turnaround times and safety training, arguing that COVID-19 has put even more pressure on their teams than usual. Additionally, members say they would like to raise standard rates because their salaries have not kept up with years of inflation; several of the roles the group would like to syndicate are also currently ineligible for overtime. Supporters are seeking access to union pension and health plans (many AICP employers already offer health insurance to some non-union independent commercial workers through the Producer Health Benefit Plan, but according to members of Stand With Production, its qualification requirements are high). The group also hopes to implement diversity and inclusion, mentoring and training programs.

“The pandemic has really shown us all the cracks in our system,” notes Jupiter. He believes a union can instill “respect for time and be realistic about what we as humans are capable of doing with our time”.

In a statement, IATSE International President Matthew Loeb noted that many of the issues workers hope to resolve “are exactly the same ones this union has fought to resolve through collective bargaining for decades”. He added that many pre-existing IATSE members work in commercials and “your [Stand With Production’s] the fight is our fight.

Still, Cage says Stand With Production wants to preserve its members’ relationships with production companies and not get into a “controversial battle” when organizing. Some roles that Stand With Production and IATSE seek to unionize — such as executive producers, production supervisors, and bidding producers — can be hired directly by production companies. Additionally, production workers on commercials move frequently from job to job, and as a result, many of them rely on close relationships with companies throughout their careers. The Stand With Production group says it consulted with some of these companies when organizing them: “We understand that everyone in commercials, regardless of their position, is under fire,” says Kit Garchow, founding member of Stand With Production. and assistant production supervisor. . “[Employers are] receive unreasonable requests, which fall on someone else, which falls on us. And so what this movement does is it allows them to have a secure base to push back against these unreasonable demands.

This isn’t the first time production workers in ads have demanded union coverage. A few years ago, production supervisors, assistant production supervisors and IATSE Local 871 argued in arbitration with the AICP that these roles should be covered by a letter of release. support in the trade agreement of the local. The workers involved were looking to solve many of the same issues that Stand With Production is now looking to tackle: high demands on producers, short turnaround times and low wages, says Chris Valdez, a production supervisor who was involved. in effort at the time. At the start of the COVID-19 pandemic, sources say THR, the effort failed, with the AICP fighting the cases that were brought and a dwindling number of workers backing the cause. The side letter in question was removed during contract negotiations that took place in 2019.

Based on his past experience trying to get cover under a union agreement, Valdez was initially skeptical of the band Stand With Production. After meeting the organizers and learning that the IATSE supported the television advertising effort, he became a supporter. This time around, the reader “got a good shot because it’s the last shot,” he says. “If it doesn’t happen now, it will never happen. People are pushed to extremes… so it’s all or nothing.