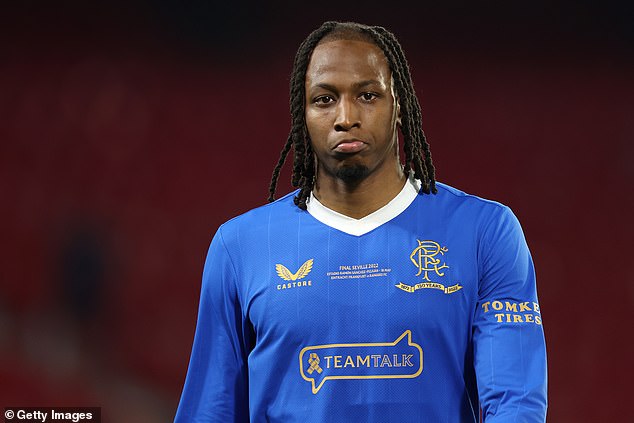 Giovanni van Bronckhorst insists Rangers could not stand in the way of Joe Aribo’s desire to play in the English Premier League with Southampton.

And other new signings are expected to come from the proceeds of a potential £10m deal for star midfielder Aribo.

The Nigeria international was signed from Charlton Athletic on a knockdown fee in 2019, with Van Bronckhorst yesterday hailing the 25-year-old’s ‘fantastic’ contribution to the Ibrox squad since then.

However, as he entered the final 12 months of his contract with Rangers, Aribo was interested in Saints, Crystal Palace and Nottingham Forest and made it clear he wanted to return to England.

“Of course I spoke with Joe about his future last season,” manager Van Bronckhorst told Sky Sports from Rangers’ pre-season base in Portugal.

“But he’s been playing for Rangers for three years and that’s the natural path for a player’s career.” 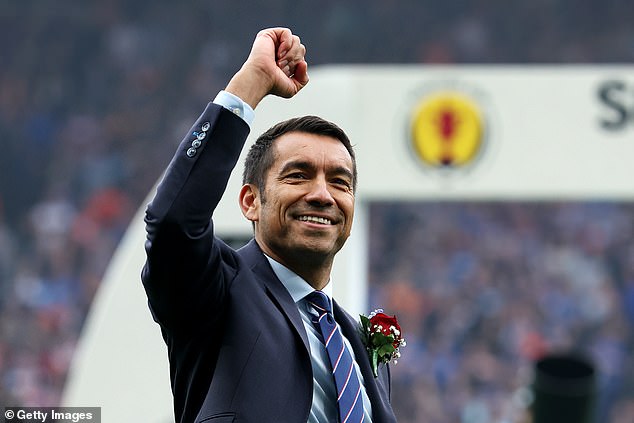 “Of course Joe wants to develop more and see where his level is.

“Playing in the Premier League, there will be no stronger leagues than the world.

“Joe was a very important player for us. He has been very good for this club in recent years.

“His development was really good but, at the moment, he has the ambition to play in the Premier League.

“So that’s his ambition and that’s probably what’s going to happen in the near future.”

“That’s what you want as a club, to bring talented players into the club and develop them as very good players. 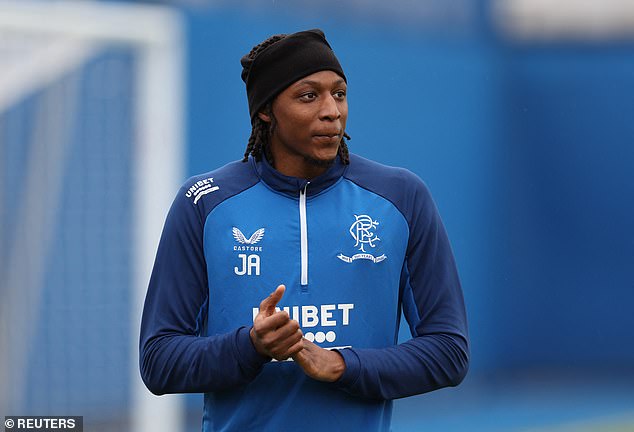 “And ultimately the player has his own ambitions. But I think what he has done for this club has been fantastic.

Alfredo Morelos and Ryan Kent are also in the final 12 months of their contracts, with speculation lingering over defender Calvin Bassey.

Anxious to protect the future transfer fees of the players involved, Van Bronckhorst confirmed that negotiations over new deals are already underway.

“We are in talks, especially with players entering the final year of their contract,” the Ibrox boss added. “Of course, after the season we had last year, the attention will come to your players.

“So far our interest in our players is not very high, apart from Joe of course. 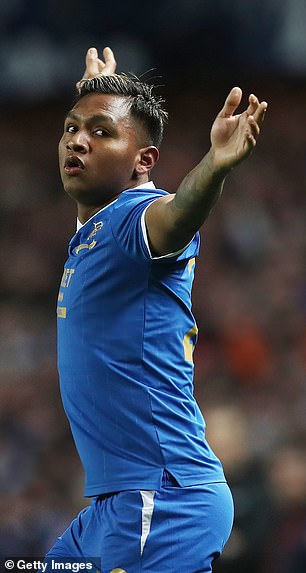 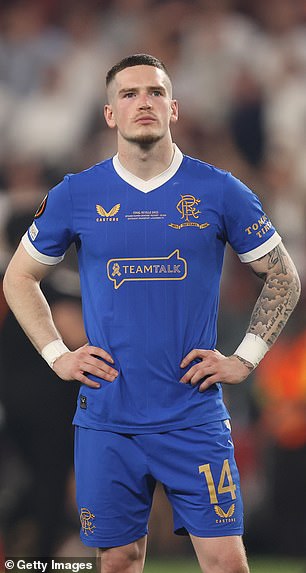 “But, in football, you never know. You just have to wait and see what happens in the future.

“Everything can change at any time and we are also working hard with (Rangers sporting director) Ross Wilson to make sure we are ready and get the players we want.”

Last season ended with a heartbreaking Europa League final loss to Eintracht Frankfurt in the heat of Sevilla.

However, Van Bronckhorst knows that the heroism of this campaign is now in the past. They offer no guarantee of reaching the Champions League group stage after four grueling and shaky qualifying games next month.

If it hadn’t been for a missed penalty, the Ibrox side might have already succeeded. When Aaron Ramsey’s sudden death kick was saved at the Ramon Sanchez-Pizjuan Stadium, hopes of automatic qualification for European football’s biggest competition were gone. And, with those hopes, a windfall of more than £30m from prize money and TV money. 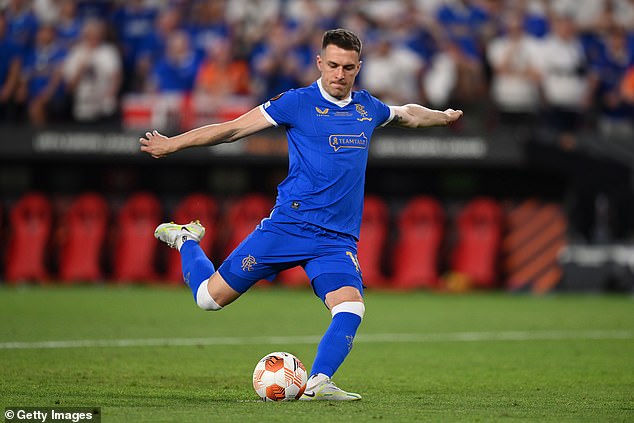 A costly failure, Rangers must now withstand two treacherous qualifying rounds – and will learn their first opponents a week on Monday.

Despite last season’s nights of glory against Borussia Dortmund, Red Star Belgrade and RB Leipzig, Van Bronckhorst is wary of taking everything for granted.

The arrival of new striker Colak reminds us how easy it is to lose a Champions League qualifier after the Croatia international scored for Malmö in a 2-1 win at Ibrox last August. lucrative competition in the UEFA brochure.

“Of course last season gives us confidence,” admitted Van Bronckhorst. “The run we had in Europe last year was really good against opponents who were also in the Champions League last season. But that doesn’t guarantee anything for the coming season.

“We have to make sure we are ready and we are very focused and we are preparing very well for these games. 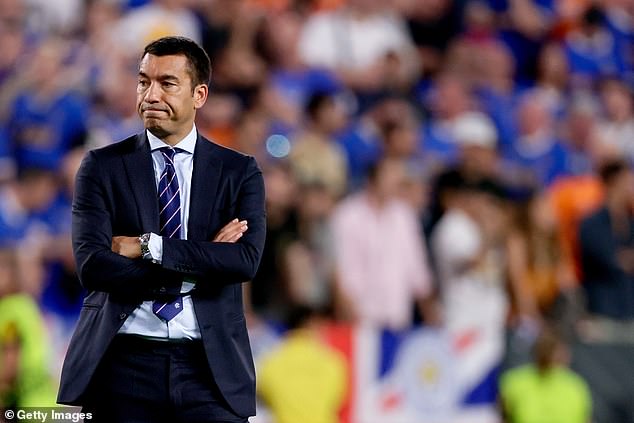 “We are lucky to get into the Champions League group stage, which will be very important for us as a club, for the team and for the development of our players.

“We will push ourselves very hard to be involved in the group stages.”

For Rangers fans, the transfer window has been a troubling affair so far.

As champions Celtic use the security offered by automatic Champions League qualification to throw money at new signings Jota Cameron Carter-Vickers, Alexandro Bernabei, Daizen Maeda and Benjamin Siegrist, their Glasgow rivals have been a bit slower to get out of the blocks.

Colak’s arrival will be signed and sealed pending the results of a medical examination. Still, the impending loss of Aribo to Southampton adds a note of foreboding to preparations for the new season. 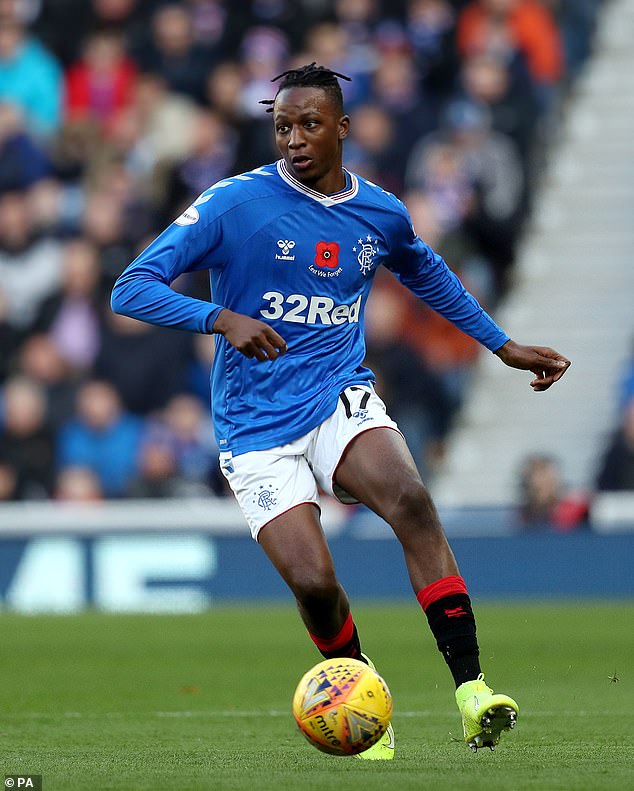 Selling the playmaker – and possibly others – will generate money for new senior scout John Park to find quality replacements.

And, as Ange Postecoglou showed at Celtic last summer, the speed with which players arrive has always been less important than their quality.

“We are very focused and prepared for the upcoming season. 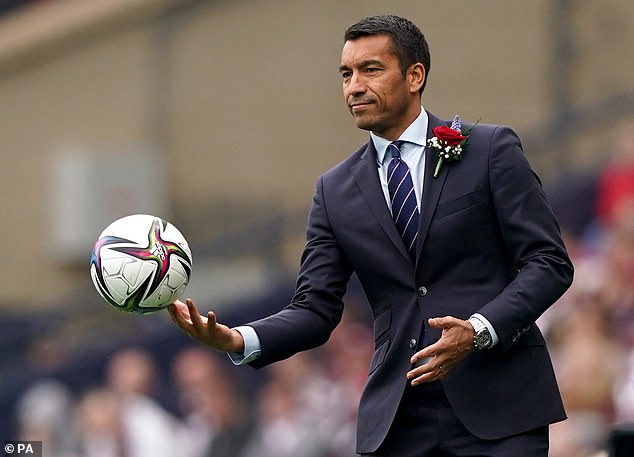 “Of course we are still waiting for new players to arrive. The season starts with Livingston away and then shortly after we also play in the Champions League to try to get to the group stage.

“August is going to be a very important month and we have to be ready.

“But we are in all competitions at the start and as a Rangers manager and player you know that comes with expectations.”

“That’s how we all feel and we’re all working hard to achieve those ambitions.”