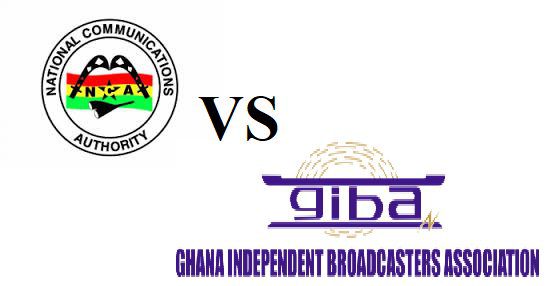 As part of the Digital Terrestrial Television (DTT) agenda to shift television viewing to digital in the country, the government, through the NCA, had sought to insert an access mechanism conditional in all digital tv decoders to prevent people from watching even in clear. TV if they don’t pay TV license.

The TV license was the main (70%) funding the operations of the public broadcaster, the Ghana Broadcasting Corporation (GBC), while the remaining 30% is left to private TV stations and other stakeholders.

The GIBA had from day one protested against this decision and insisted that it harmed a large percentage of its members who were broadcasting free-to-air and earning their money, not from the TV licence, but from the advertisements.

In a statement, GIBA said: “The NCA wanted to introduce a conditional access system to replace the revenue provided by the TV Licensing Act. But to do that, they really needed to replace the current policy and law. The GIBA presented alternatives, including the use of a percentage of the current communication services tax. They did not accept our proposals.

“The TV Licensing Act works on a levy on the equipment, the TV itself. It does not interfere with content access and distribution. There is no legal basis for a conditional access decision that would prevent content from reaching people. We went to the Supreme Court on this constitutional argument because it would deprive people of the right to access content and that right is enshrined in the country’s constitution.

The High Court on Tuesday 16th August 2022 ruled in favor of GIBA and reversed the NCA’s decision to use conditional access to block television content to viewers who do not pay for a TV license.

The Court held that the conditional (controlled) access system which the NCA made mandatory, for the importation of televisions and decoders (set-top boxes), to enable it to impose and collect an electronic tax in the form of License fees, in the absence of any substantive or subsidiary legislation to that effect, amount to jurisdictional error by excess of jurisdiction.

It therefore ruled that the provision made for the inclusion of the conditional access system for free-to-air television receivers was “unlawful and therefore nullified”.

“Another key element of the judgment is the emphasis on the continued need for open and honest engagement with stakeholders to foster partnerships in policy formulation, not only for the media industry but in all other sectors, particularly when policies affecting them are being developed.”

Indeed, this recommendation from the courts is critical because throughout the process of imposing conditional access, the Department of Communications and the NCA applied numerous arm-twisting tactics, including preventing certain stakeholders from attending at meetings, but recording their names in the minutes. suggest attending meetings and approving decisions.

Again, before constituting a real board of directors, which will then appoint a CEO to manage the all-inclusive PPP platform for this purpose, the ministry unilaterally formed the company and the president appointed the CEO without consultation with the stakeholders.

According to GIBA, the digital transition is a work in progress. It was agreed that a PPP would be put in place and that a fee schedule – depending on the number of regions reached – would be agreed. Rates would be lower for remote sites and higher for those reaching the most populated sites: “We never had the NCA rates and the broadcasters were put on the platform on a trial basis for 4 to 5 years. He was supposed to go to the National Media Commission to determine directors and staff, to ensure fairness, neutrality and efficiency.

However, the company was created and the president made the appointments: “This is not acceptable. There are always problems when politicians appoint someone in the media. Tariffs were proposed to certain broadcasters during a meeting to which GIBA was not invited: “GIBA wants to be seated at the table. Not all broadcasters understand the dynamics, regulations and technique.

Meanwhile, the NCA, which often reports its court victories over regulated bodies on its website, did not report the outcome of the conditional access court case with GIBA.