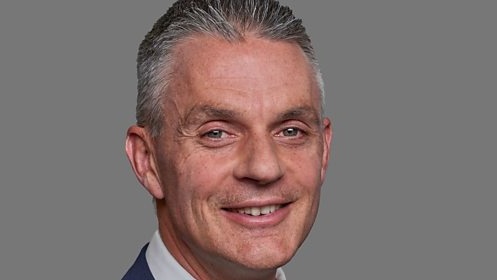 The license fee is a mandatory fee that every household watching live TV on any service or network must pay annually. It is currently £159 ($171) per year.

“There are a lot of funding options you could get,” Davie said after being interviewed by BBC journalist Amol Rajan. “My view is that if I cannot, as editor, act independently and impartially, then the BBC is finished. The last thing is that I think you cannot separate the funding model writing, intent and delivery.

Davie also argues that the model was sustainable. “We can deliver to the vast majority of households by paying a fee because they get good value for money,” he said.

When Rajan pointed out that in the previous year 74% of the BBC’s budget came from license fees and the rest from commercial activities, he asked if this ratio could ever increase in favor of commercial activities. Davie replied that it was unlikely, given the numbers. “To subsidize and take over the levy – do the math as they say,” he said. “[The license fee] allows you to spend against your objectives in your mission.

“I’m not interested in the BBC growing at the expense of the whole market,” he added. “We don’t need more sharing, we need to be relevant.”

“The torture of my job and the joy of it and I love it is that I try to serve everyone.”

Davie also criticized the government’s decision to freeze license fees for two years. “I think it was the wrong decision to lay us flat for two years, just to be clear. I think the BBC should have had an inflation regulation.

Moving away from the license fee, Rajan asked Davie how Robbie Gibb, a non-executive member of the board – whom former BBC presenter Emily Maitlis recently accused of being “an active agent of the Conservative Party” – had helped improve the BBC. “He’s on a very high quality board,” Davie replied. “Because like a number of people on this board – do we have a diversity of views? Are we impartial?

Davie was also grilled on the BBC’s coverage of Queen Elizabeth II’s death earlier this month, an experience Davie described as “absolutely fascinating”. When asked if the company was right to cancel ‘Last Night of the Proms’ out of respect for the Queen, he replied: ‘It was a 50/50 call. We probably made the right decision.