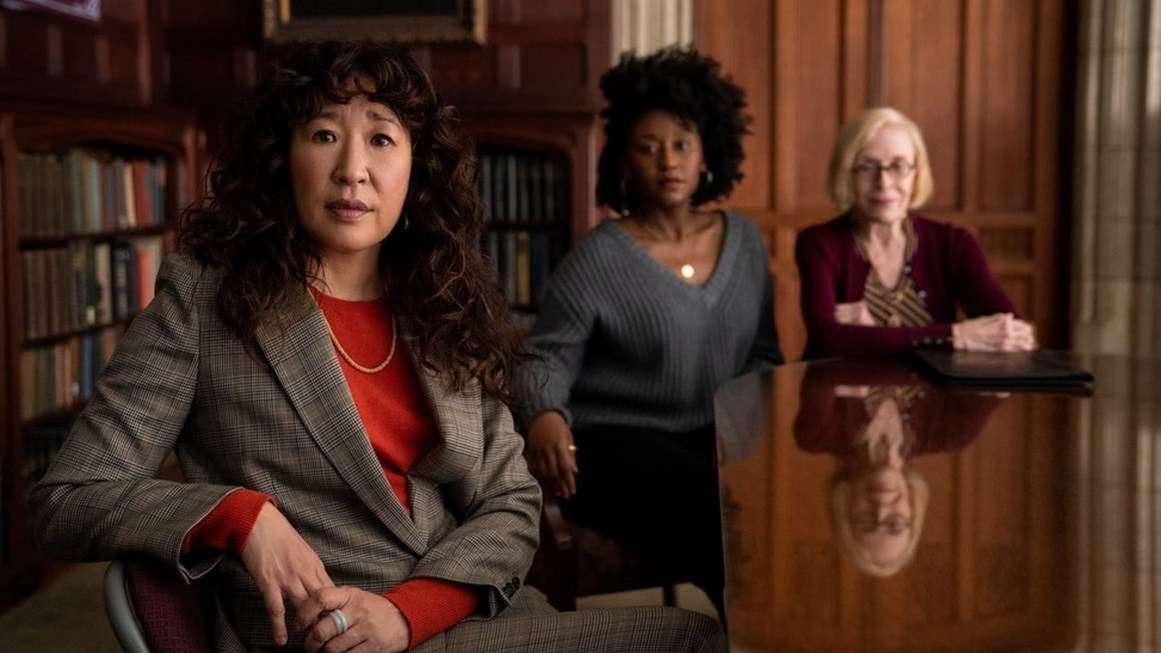 People have been predicting the death of the film industry at the hands of television since roughly the time of its birth. Hollywood megaogul David O. Selznick, after getting his first glimpse of the newborn TV beast in 1937, grimly predicted, “I don’t believe television can be turned off.” Selznick did his best, refusing to sell his films on TV (Blown away by the wind, made two years after Selznick’s preview of the coming apocalypse, didn’t air on television until 1976), and most other studios followed suit. It wasn’t until 1961, when NBC shelled out a fortune on 31 films for their new feature film. Saturday night at the cinema, that the big film studios have attempted a peaceful coexistence with television.

Although Hollywood is full of ghost stories, no one has ever reported a spectral Selznick roaming the grounds of Forest Lawn. But maybe it’s time to post a lookout, listening intently to an “I told you so!” Chances are, 2021 will be remembered as the year when television finally took control of the film industry.

With the COVID pandemic shutting down theaters almost entirely from March 2000 to April 2001, TV streaming services have become the best entertainment option in the United States. Disney’s new Disney + streamer had 26.5 million subscribers when the nationwide lockdown went into effect; in a year it had climbed to 100 million. And even when theaters reopened this spring, viewers mostly stayed at home.

As 2021 draws to a close, the collective box office of American cinema is down about 70 percent from the pre-pandemic year of 2019. James bond can still wrap them, but nobody uses the word “boffo” for other expected versions of tentpole like Belfast, Spencer Where king richard. Even the slobbering reviews of Steven Spielberg’s darling reviewer West Side Story did not put cigarette ends in cinema seats; The strain this week officially pronounced it “a failure.” (Women in particular have not returned to the movies. the Wall Street newspaper reports that the percentage of ticket sales for women is down about a third from pre-pandemic levels.)

Hollywood has reacted predictably and sensibly by following the money on TV and streaming services. Most Universal Pictures films are now available on VOD within 17 days, with other studios not far behind – if they are late at all. Warner Brothers is making nearly all of its new movies available on its HBO Max streaming service the same day they make their theatrical debut. (Notable exception: West Side Story.)

Studio bosses and their nervous pals at movie chains all insist this is an aberrant situation caused by the pandemic that will go away when the virus does. They are certainly correct that COVID may be held responsible for part of the problem. But the trend away from movie theaters started long before Anthony Fauci was a household name. In the 1930s, 65% of Americans went to the movies every week; even before the lockdown it had fallen to around 10%.

There is no mystery as to where they went. The average American now spends more than three hours a day propped up in front of the TV. Why not? TV screens are bigger and sharper (and cheaper!) than ever before, just like their audio systems. DVRs mean you can watch a show when you feel like it, rather than slavishly following someone else’s schedule, and you don’t have to run out of beheadings, eviscerations or D-cups. undressed to go to the toilet. Not to mention the freedom to exorbitant concession prices. Will viewers drop all of these perks to return to theaters because the masks are no longer needed? Let’s just say I don’t buy a lot of stocks in Regal or AMC these days.

If it was just a question of whose pockets will be filled or not, that wouldn’t be so interesting. But as television becomes the dominant delivery system for the Hollywood product, that product will change technologically, aesthetically, and financially, in ways none of us can yet imagine. (Will Dwayne Johnson still make $ 90 million per frame for movies that rely solely on Netflix subscription receipts?) And as movies look more like TV shows, TV shows are likely to become more films, a process already underway.

Meanwhile, although the pandemic continued to wreak havoc on TV production and programming, the Devil Box still had some good times in 2021. Best of the year:

ten. Grace and Frankie (Netflix). The Baby Boomers, the first generation of TV, grew up on Howdy Doody, and now they’re saying goodbye to this comedy about an aging junior league (Jane Fonda) and a senescent hippie (Lily Tomlin) making an alliance as they refuse to be gentle in this good night.

9. The big jump (Fox). This show without a prisoner in a show, in which a group of aspiring dancers struggle to put on a live production of Swan Lake, hilariously brutalizes not only the entire reality genre, but even Fox itself. But it also shapes several surprisingly touching tales of survival, of taking life’s blows and getting back on your feet.

8. It’s us (NBC). A multigenerational tale of the thrills and excesses of the suburban Pearson family, written with grace, elegance and wit, It’s us is the most tonic soap opera of all time and a reminder that the genre doesn’t have to be a self-caricaturing dreck.

seven. Yellow jackets (Show time). A scary and deeply disturbing drama about what happens when a women’s football team’s charter flight crashes into the wilderness. Actually Lord of the FliesStyle decivilization may be the least of their problems.

6, Tina (HBO). The montage of dervish and screaming Tina Turner TV appearances across â€œRiver Deep – Mountain Highâ€ is, on its own, earning a spot on this documentary’s list. And there is so much more to his tale of the battered but thrilling life of the ultimate rock and roll survivor.

5. Halston (Netflix). In the battle between competing projects over the depravity of modern fashion houses, Gucci House may have Lady Gaga and a murder, but Halston has the incisive storytelling skills of executive producer Ryan Murphy – and it’s more than a game.

4. Yellowstone (Primordial). A modern western that savagely channels the raw message of the ancients: that morality is a myth, that force makes good, that – as Gene Pitney in other words, “when the final showdown took place, a law book was no good.” And give Yellowstone her feminist due: the show’s most vicious snake is the daughter of the evil Dutton family (played with terrifying and mean zeal by British actress Kelly Reilly), whose spiteful spite has spawned a cottage industry of coffee mugs and t-shirts bearing the warning, “DON’T GET ME BETH DUTTON ALL OVER YOU.”

3. the conners (ABC): Last year I wrote, â€œTo my amazement, Roseanne sans Roseanne continues to be funny, poignant, and the only true standard-bearer in television for the American working class. When I’m right, I’m right.

2. Chi (Showtime): In some ways the most notable show on TV, Chi continues to tell tales of warmth and decency amid the bloody chaos of downtown Chicago, emphasizing the humanity of its characters without denying the malice that surrounds them.