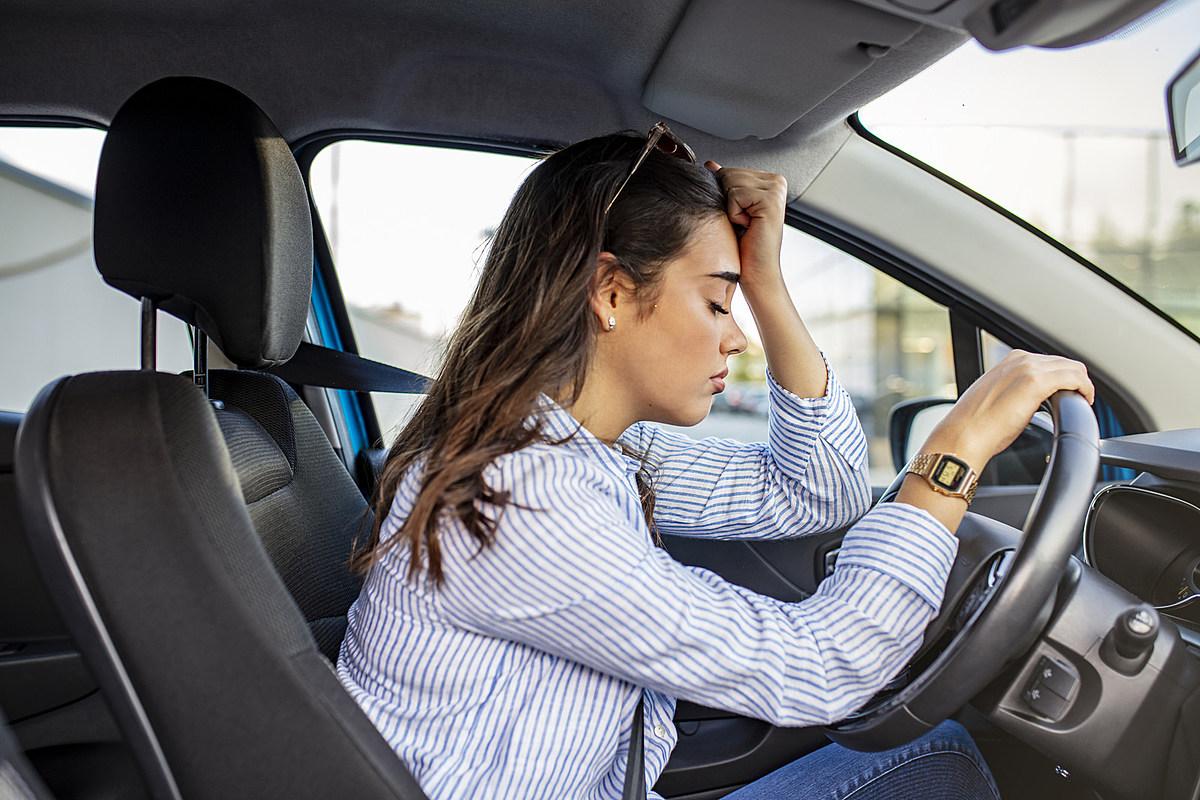 I spent Labor Day weekend witnessing such horrendous conduct that I’m completely convinced we need to start over. Seriously. Revoke every New Jersey license and make us start all over again.

I mean, did they cover what a sign of achievement is for on the written test? Is it important to know what a double yellow line is?

If that fantasy could come true (of course, in reality, MVC couldn’t even handle reopening after the pandemic), I would confidently pass any written and road test they gave me. Many of you could. The rest have to sell their cars and get on NJ Transit. Quiet car please. No one needs to hear what an idiot looks like.

The latest was my five minutes in a QuickChek parking lot on Monday trapped by someone who I still have no idea what he was trying to accomplish. There were gas pumps on the left, a parking lot on the right. We were there in no man’s land when this car stopped in front of me for no apparent reason.

After half a minute, a turn signal came on indicating that they either wanted to go left towards a fuel island or towards the exit of the parking lot. But they did neither. They took a step forward and stopped again. I was finally about to get around them when they suddenly swerved hard to the left, then slammed on the brakes.

Should I back up and literally go behind the building? Oh wait, now he was backing off. Right on me. Avoidance maneuvers followed. After I made room for him, his right turn signal activated. Was he trying to get a parking space? But he was in a better position for it before backing down.

The driver decided to move forward five feet then stop at an angle preventing me from going and also blocking anyone coming the other way. Why didn’t a gas attendant see this and rip them a new proverbial?

In the end, I backed off and completely gave up on my mission to stop at this store. It was stupid. This driver was not old. They weren’t a child either. They were just stupid.

This weekend, I watched Garden State Parkway traffic do the Jersey Slide to their exit, risking several lives, including my own. I saw people who had missed an exit backing up against traffic. I’ve seen people in roundabouts stop dead when they don’t have any give way signs. I have seen everything.

I swear to God something must have gone wrong somewhere. We have to cancel every license in New Jersey and start all over again and figure out who can actually drive. I seriously think that 1 in 5 drivers don’t even know the rules. Have you ever seen what decisions are made during a four-way stop? How the hell did they pass the exams?

Make them harder. Make them annual. Do something. Do anything. I have to start teaching my daughter to drive in January. My first rule is don’t assume anyone knows what they’re doing.

Hey, you’ll be right half the time!

The views expressed in the above post are those of New Jersey 101.5 talk show host Jeff Deminski only.

You can now listen to Deminski & Doyle — On demand! Listen to New Jersey’s favorite radio show every day of the week. Download the Deminski & Doyle show wherever you get podcasts, on our free app, or listen now.

The 10 Most Stolen Vehicles in New Jersey

KEEP SEARCHING: Find out what 50 company logos looked like then and now