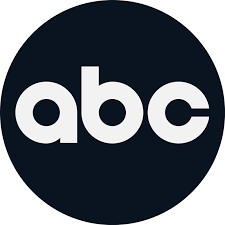 The award-winning series “On the Red Carpet Storytellers Spotlight” celebrates leading black storytellers. Cast members from the hit comedy series “Black-ish” will discuss the show’s legacy and its impact on culture as it comes to an end. Quinta Brunson, creator, executive producer and star of ABC’s comedy series “Abbott Elementary,” shares her creative journey, challenges and victories as a woman of color in Hollywood. Marissa Jo Cerar, creator, showrunner and executive producer of ABC’s groundbreaking series “Women of the Movement,” talks about the importance of bringing the story of Emmett Till and Mamie TIll-Mobley to television and how it does so of being a black mother impacted her creative process. Tara Roberts, National Geographic Explorer, takes viewers on a listening journey in “Into the Depths” podcasts, the untold story of the transatlantic slave trade. She also shares with storytellers the importance and impact of black voices in the podcast space.

ABC’s award-winning show “Localish” will air wellness stories featuring Black-owned businesses and community leaders, including its most popular show, “More in Common,” across all platforms.

The eight ABC stations owned by Disney Media Entertainment & Distribution are multiplatform leaders in local news and information. Collectively No. 1 on all of American television, reaching 23% of households and more than 34 million total viewers and 62 million digital visitors per month, the eight stations are made up of WABC-TV New York, KABC- TV Los Angeles, WLS-TV Chicago, WPVI-TV Philadelphia, KGO-TV San Francisco, KTRK-TV Houston, WTVD-TV Raleigh-Durham and KFSN-TV Fresno. The stations also bring locally-sourced stories to more than 17 million viewers across America through its cross-platform lifestyle network, Localish. In 2020, the stations received five Broadcast & Cable awards, including Best in Local TV Awards 2020 as Station Group of the Year for Innovative, Next-Gen News Reporting, and Main market category for 2020: Best News Coverage, Best Digital Multi-Platform or Website, Best Investigative Reporting Station Group and Best Public Affairs Programming, illustrating the strength of the group and its ever-increasing growth and reach growing in the cross-platform space.

Looking to advertise? Contact the Crusader for more information.

Bookman: Trump continues to threaten violence against those who defend the rule of law