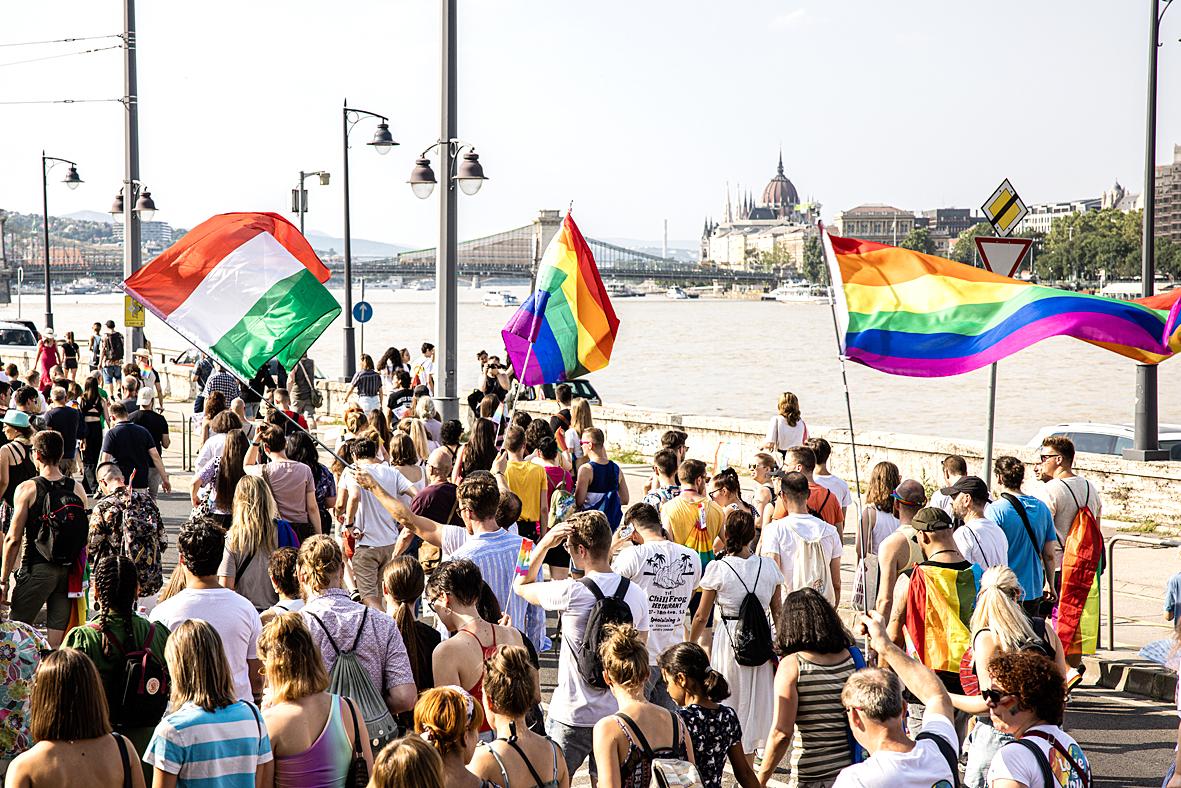 The MTV Europe Music Awards will be held on November 14 in Hungary, the channel said on Tuesday, reaffirming and defending the venue despite the country’s recent adoption of legislation widely condemned as anti-LGBTQ.

The ceremony is an opportunity to defend the civil rights of gay and trans people around the world in the central European country that has decided to restrict them, said Chris McCarthy, president and CEO of MTV Entertainment Group Worldwide.

“We look forward to using the event to amplify our voices and stand in solidarity with our LGBTQ siblings,” said McCarthy.

No government censorship of broadcasting will be tolerated, McCarthy said.

“We’ve said it very clearly and we’ve had it from the start …. we don’t allow editorial input when it comes to artists” and the content we create, he said. “It’s always a condition, no matter what country we go to. “

The ruling conservative party of Hungarian Prime Minister Viktor Orban introduced the measure which was prima facie aimed at combating pedophilia. The amendments prohibit the portrayal of any orientation other than heterosexuality, as well as information about gender change in school sex education programs, or in films and advertisements directed to anyone under the age of 18. 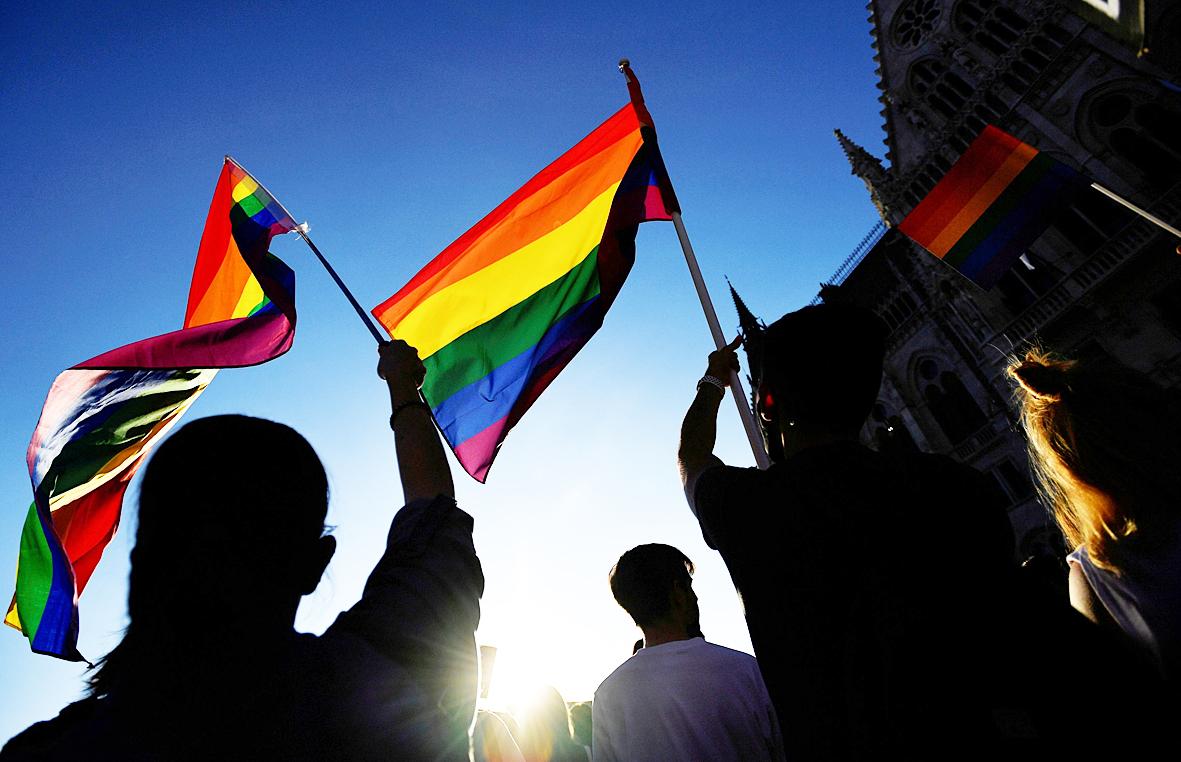 Human rights groups have strongly denounced the measure adopted in June, saying that it wrongly associates homosexuals with pedophilia and that it is intended as a tool that can be used to stigmatize and harass residents because of their behavior. sexual orientation and their gender identity. A majority of European Union leaders said this goes against EU values ​​and that discrimination should not be tolerated within the 27-nation bloc.

MTV, which struck a deal two years ago to host the show in the nation’s capital, Budapest, planned to issue a lengthy memo to staff members apparently awaiting possible criticism of its decision. 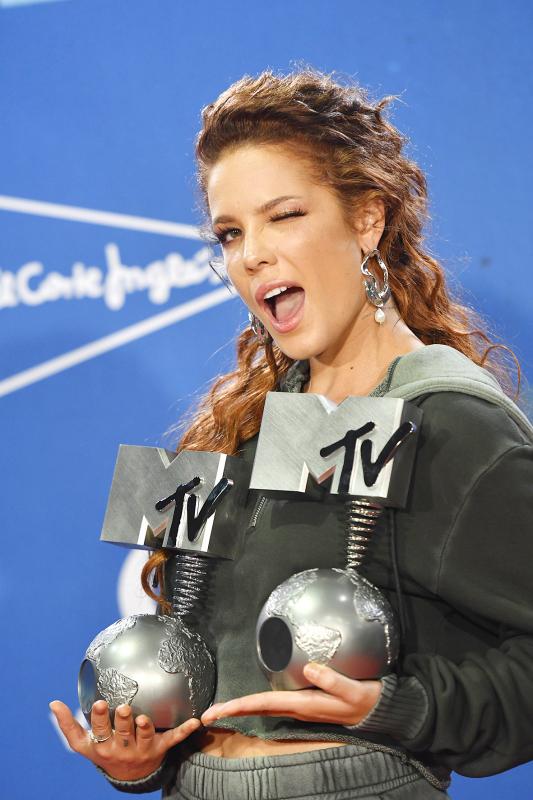 “It may come as a surprise to anyone who knows that in June of this year Hungary passed anti-LGBTQ + legislation banning television content featuring gay men during the day and during prime time,” allowing it to operate only on TV. night, McCarthy said in the memo.

McCarthy said his immediate and personal reaction to the law, as a gay man, was to move the event to another country. But after consultation within MTV and with LGBTQ advocates around the world, including in Hungary, the decision “was very clear to us.”

“Instead, we should move forward, using the show as an opportunity to stand in solidarity with the LGBTQ + community in Hungary and around the world as we continue to fight for equality for all,” a- he said in the note.

MTV’s preemptive outreach comes amid negative reactions from some Netflix staff to the streaming service’s handling of a special Dave Chappelle stand-up, The Closer, which includes derogatory comments about trans people. Netflix refused to remove the program.

As a young gay in a Pennsylvania steel town in the 1990s, McCarthy said he felt isolated and alone until he saw LGBTQ characters on television, including Pedro Zamora in The Real World on MTV.

“I started to think ‘it might be okay’, he said, and said it was alarming to imagine a youngster being deprived of the same opportunity because of Hungary’s television restrictions.

The Europe Music Awards, known as EMA for short, will honor young LGBTQ activists with MTV’s Generation Change Award, which will be presented in partnership with activist group All Out to amplify its global campaigns for equality, a McCarthy said.

Carrying out EMAs in Hungary is “absolutely the right decision,” given the nation’s “concerted attack” on LGBTQ rights and the scapegoat for minorities, said Matt Beard, executive director of All Out.

Such visibility “gives LGBT-plus communities living in Hungary an incredibly valuable sense of international solidarity that comes from a major global media event like the EMAs,” Beard said.

In an interview in September, Hungarian Foreign Minister Peter Szijjarto said the new law aims to protect children from pedophiles and “homosexual propaganda”.

An EU decision to delay billions in economic stimulus funds destined for his country amounts to “blackmail”, he added.

The MTV EMAs were launched in 1994 at a ceremony in Berlin hosted by Tom Jones. The awards have since multiplied among nations, including France, England, Sweden, Spain, Italy and the Netherlands.

The host, nominees and performers for this year’s ceremony have yet to be announced. Last year’s event took place virtually due to the pandemic.

Comments will be moderated. Keep comments relevant to the article. Comments containing abusive and obscene language, personal attacks of any kind or promotion will be removed and the user banned. The final decision will be at the discretion of the Taipei Times.

Will the real King Khan rise and speak?