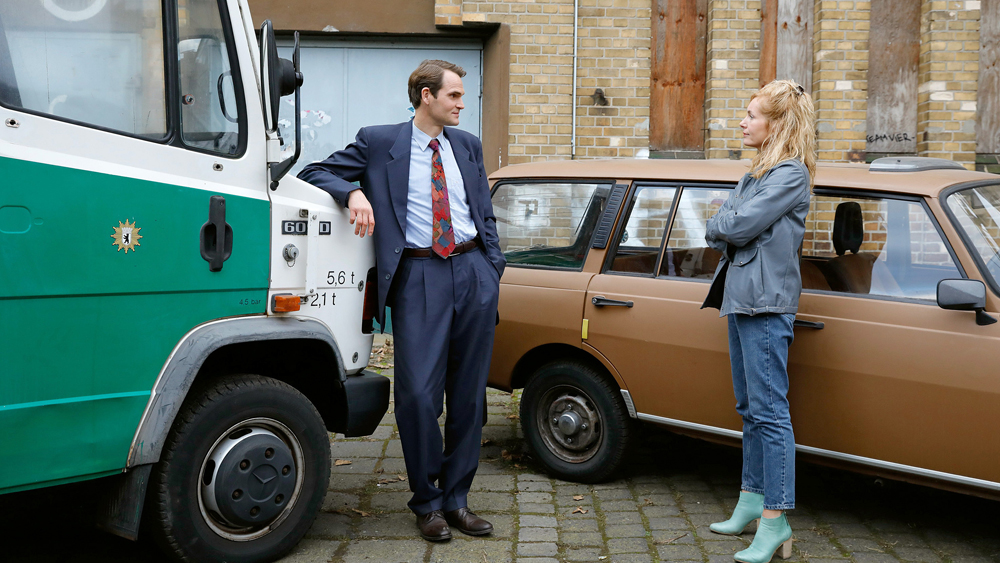 The detective show “Divided We Stand”, which will premiere in Germany on public broadcaster ARD on February 22 with the title “ZERV”, was screened this week at the European Film Market in the Berlinale Series Market Selects section. Worldwide sales are handled by Beta Film.

The show, based on real events, follows a group of police officers from West Germany who are sent to Berlin to form a special investigation unit, called ZERV, which aims to eradicate crimes committed in the German Democratic Republic. (GDR) during the communist period. time. However, as the officers dig deeper into the crimes committed in the East, they begin to discover that many of them are from the West.

Talk to Varietyexecutive producer Gabriela Sperl says the clash of cultures, values ​​and ideologies was not only interesting, but also the promise of dark and comical moments as West Germans try “to teach East Germans what democracy means.

Sperl considers this show to pick up where his 2019 drama “Preis der Freiheit” – which depicts the hypocrisies and corruption evident during the final days of the GDR – left off.

After 1989, East Germans “gave up an identity they had,” Sperl says, and were told that “everything they had believed in for 40 years was totally wrong.” Director Dustin Loose adds that compared to a show like “The Bridge,” where two officers from “two different companies come together,” on his show, two officers come from two parts of the same country, but one part is equated with the ‘other. .

The two groups of police – those in the West and those in the East – are invited to work together, but “they don’t like each other”, Loose says. This clumsy attempt at unification, as seen in a police station, “with all the fears and desires, and all the hopes they have in there, and all the prejudices they carry with them”, leads to quite absurd situations, he says.

Through these moments of bittersweet comedy, you get to the truth, says Sperl. “Good comedies are also tragic,” she says. You probe a character’s depth and “suddenly the character resonates with your own feelings and your own reality.”

“The jokes reflect the feelings that people had,” she says, “and they reflect the biases that are still there.” Part of the appeal of the post-unification period was that many stories from that time went untold, Sperl says, and yet they resonate today, as East Germans feel always looked down upon as the backward part of the country and their regions are neglected, which also coincides with the rise of the extreme right in East Germany. “They feel left out,” she says.

Sperl sees similar cultural divides in the US between Trump supporters and anti-Trumpers, and in the UK between Brexiters and their opponents.

One of the series’ West German cops, Peter Simon (played by Fabian Hinrichs), is tasked with working with an East German detective, Karo Schubert (played by Nadja Uhl), to solve a murder related to his investigations. . . As the case progresses, Peter “loses his preconceptions about who these people are on the other side of the Iron Curtain,” Sperl says. “And he changes, he opens up, and he’s not the kind of bureaucratic Peter he used to be, and he becomes a human.”

An important subplot in the series is the story of Karo’s daughter, Silvie (played by Vanessa Loibl) and her friend Bianca (played by Caroline Cousin), who we discover was abused in a foster home for children in the GDR. This allows the daughter to ask her mother, “Where were you when this was happening?” a question that many Germans wanted to ask their parents during a troubled century.

The show’s writers are Jens Köster, Kim Zimmermann, Sperl and Michael Klette, and its stars are Uhl, Hinrichs, Max Hubacher, Thorsten Merten, Rainer Bock and Fritzi Haberlandt. Alongside Sperl, the other executive producers are Quirin Berg, Max Wiedemann and Miriam Klein. It is produced by Wiedemann & Berg Television, A Little Film Production and Gabriela Sperl Produktion, in collaboration with Wilma Film for ARD, and MDR and ARD Degeto for Das Erste.