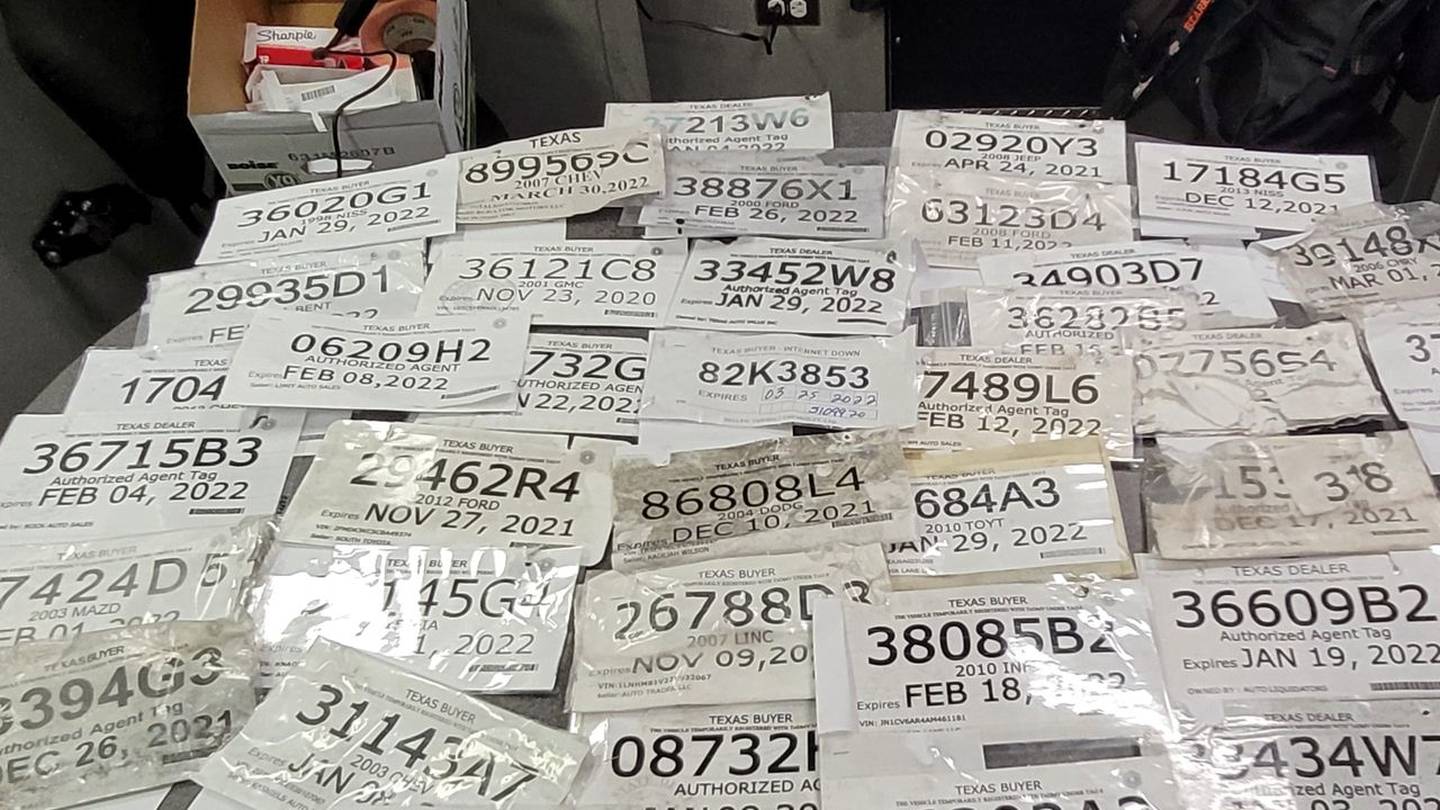 The illegal sale of paper tags is a big criminal enterprise in Texas. They are used as a temporary plate for people buying a car while they wait for their permanent plate, the Morning News reported.

“It’s a tool they can use,” Dallas Police Department deputy chief Richard Foy told KXAS. “So we have to target that, take that tool away from them, or at least fight that tool.

“If (people) commit robbery, homicide, street racing, you know, whatever the crime, if all we have is the license plate from this paper tag, if it’s fraudulent , we don’t have much to do. .