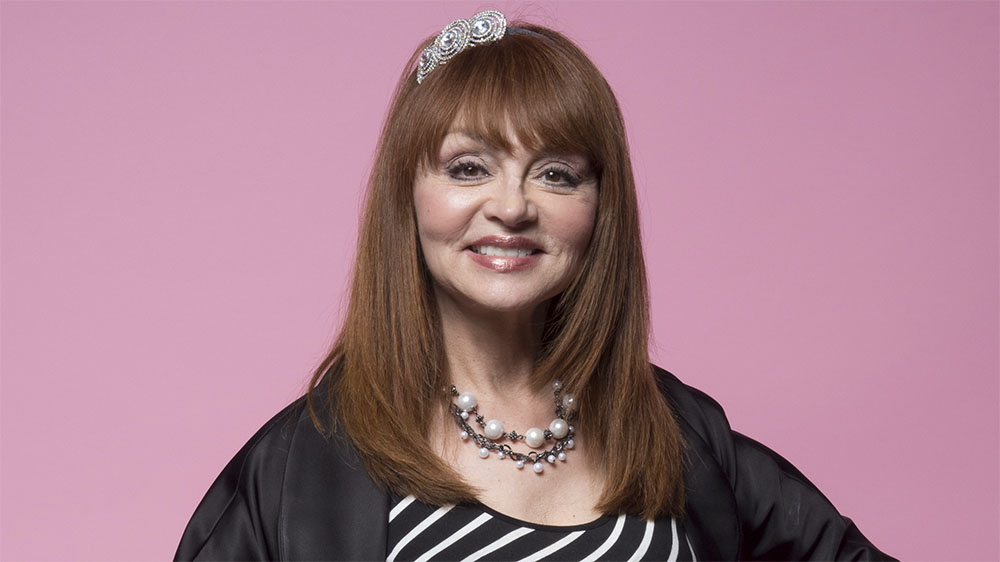 Popular comedian Judy Tenuta, known to her fans as “The Goddess of Love” and “Aphrodite of the accordion,” died of ovarian cancer Thursday afternoon in Los Angeles. She was 72 years old.

Known for her acerbic humor, sweary jokes, raspy voice and accordion, she was among the artists who fueled the popularity of live comedy in clubs, including the Comedy Store in Los Angeles, Laff Stop in Houston and Caroline’s in New York.

Tenuta co-starred with Bruce Vilanch in the independent film “Sister Mary” and had small roles in Hillary and Haley Duff’s “Gibsonburg” and “Material Girls.” His television work included appearances on “General Hospital”, “Ned’s Declassified School Survival Guide”, and “Corey in the House”. In addition to playing minor characters on “The Weird Al Show,” she was a regular on comedy shorts and Al Yankovic music videos.

“Earth has truly lost a Goddess,” Yankovic tweeted after news of her death was announced.

On stage, she’s appeared in “The Vagina Monologues” and “Menopause the Musical” in LA and Chicago, and her own specials on Showtime, HBO, and Lifetime.

One such HBO special was 1987’s “Women of the Night,” starring Ellen DeGeneres, Paula Poundstone and Rita Rudner, when Tenuta first came to national attention.

By the mid-1980s, Tenuta had been noticed for a series of television commercials for MTV and Diet Dr Pepper and moved to Los Angeles, but continued to perform on national tours, making hits on the Chicago circuit.

Tenuta was a strong advocate for gay rights and performed frequently in gay bars and clubs around Chicago, and appeared as a grand marshal for many gay pride festivals. She was ordained a minister to officiate same-sex marriages.

Born in Oak Park, a suburb of Chicago, on November 7, 1949, her interest in acting began when she took a class with the Chicago improv group The Second City and shortly thereafter began performing. opening for other comedians in Chicago throughout the 1970s.

Tenuta was the first female comedian to be named Best Actress at the American Comedy Awards. She was twice nominated for the Grammy Awards for Best Comedy Album for “Beware Butt-Pirates and Lesbetarians!” and “In Goddess we trust.” She wrote the books “Full Frontal Tenudity” and “The Power of Judyism”.

Tenuta is survived by his life partner, Vern Pang, five brothers (Daniel, John, Steven, Thomas and James) and his sister Barbara. Tenuta will be buried at Hollywood Forever. In lieu of flowers, donations can be made to the Make a Wish Foundation, St Jude’s Hospital or City of Hope.

Correction: An earlier version of this story incorrectly stated that Tenuta was 65 at the time of his death. She was 72 years old.

Should artists be allowed to portray epic characters however they please?