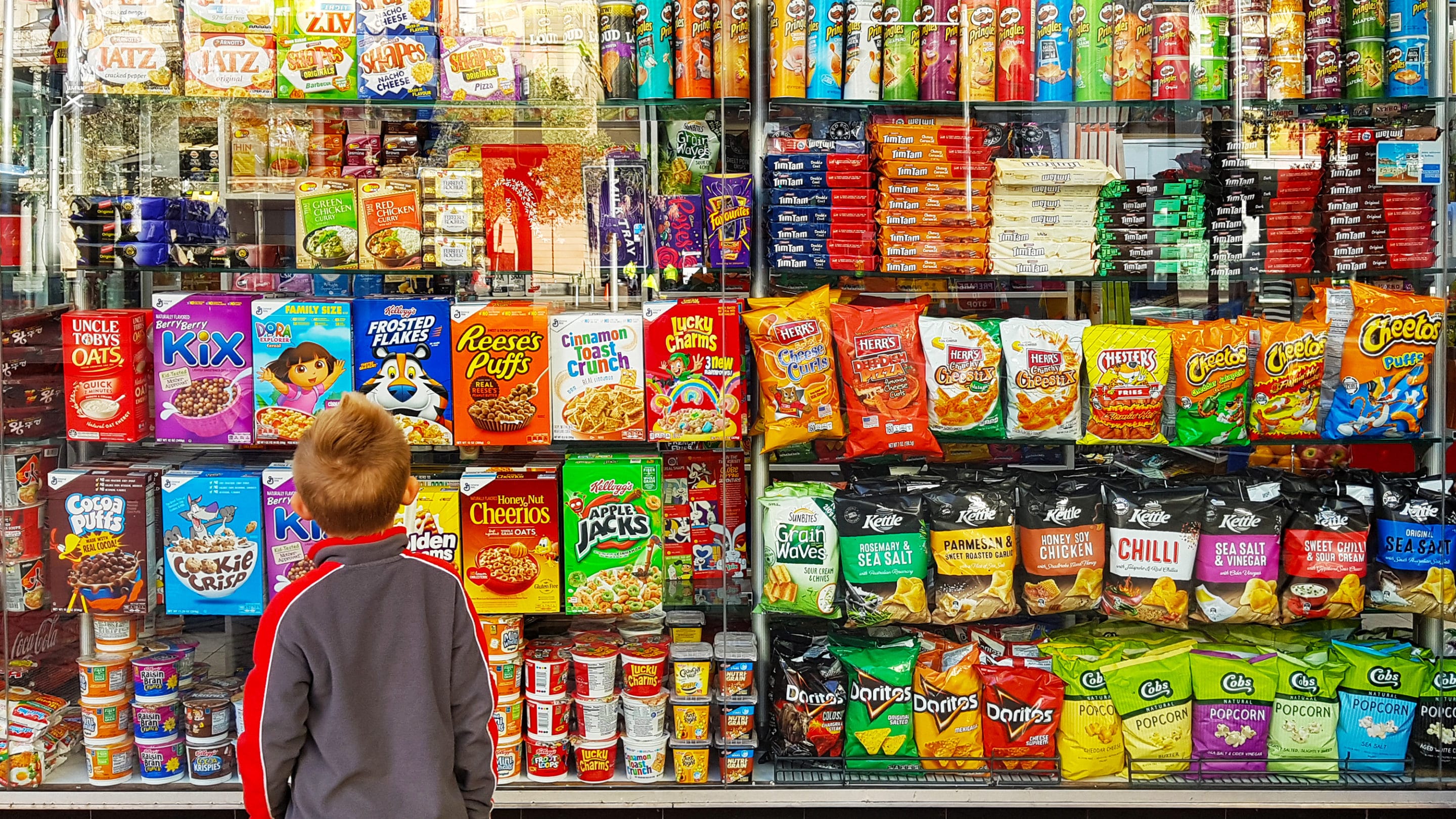 Climate change and predatory business practices are major threats to the health, well-being and rights of young people. Whether or not we want to regulate the marketing of unhealthy foods will determine whether elected officials are serious about creating safe and empowering living environments for future generations.

The proof is unequivocal; food marketing affects what children eat. Getting young people to crave fast food, sodas and sugary snacks is not a byproduct of marketing, it is the intention. Marketing is an integral part of carefully designed business models.

While overweight and obesity in children is rampant, children in the European Union (EU) see more than four advertisements for sweet, fatty and salty foods on television every day. 85% of the food sold to children in a sample of German supermarkets was found to be unhealthy. From morning to night, children’s lives are invaded by an arsenal of ever more adapted and persuasive marketing techniques, encouraged by the power of digital technologies.

Driven by a misplaced belief in the virtues of self-regulation, this situation has remained largely unchallenged. From now on, libraries full of testimonies testify to the failure of the voluntary steps. Even leading EU scientists implore policymakers not to rely on voluntary commitments as the main drivers of change. The EU Pledge, Europe’s main vehicle for self-regulation, has been rightly exposed as a chaotic initiative.

Overall, and despite several promising recent national initiatives, such as in the UK and Spain, European countries and the EU have so far failed to effectively and comprehensively tackle children’s exposure to the marketing of unhealthy foods. All this while the EU Is have the power to legislate on cross-border issues affecting the internal market. This power should be used to help countries find a common answer to this common problem.

The inconvenient truth is that, legally speaking, regulating marketing is not at all difficult. Only the will has been lacking so far. Fortunately, a glimpse of new resolve can now be seen in the recently adopted European Parliament own-initiative report on the EU’s farm-to-fork strategy. This report calls for “an effective and EU-wide regulatory approach to tackle the exposure of children and adolescents to the advertising and marketing of processed foods high in fat, sugar and salt in audiovisual and digital mediaâ€.

In response to this statement, a group of key European organizations in health, consumers, children and families launched an initiative on November 9 with a call to action and a model directive to catalyze regulatory action. Effectively regulating the marketing of children involves several key steps: defining as a â€œchildâ€ anyone under the age of 18; end the marketing of nutritionally poor foods between 6 a.m. and 11 p.m. on broadcast media; totally ban such marketing on all forms of digital media; prohibit the use of marketing techniques involving children for the promotion of these foods, including on product packaging; and use the nutrient profile model specially developed for commercialization by the World Health Organization to define what is a â€œnutritionally poor foodâ€.

But beyond the epidemic of food-related diseases, food is also deeply involved in climate and biodiversity crises. Climate change is the greatest health threat facing humanity and is already seriously affecting people around the world, compromising the life chances of younger generations. Based on current policies, we are still on the path to catastrophic 2.7 Â° C warming by the end of the century. The global food system is responsible for about a third of all anthropogenic greenhouse gas emissions. A recent report calculates a similar range for the contribution of the food value chain to total EU emissions, confirming earlier findings. Food consumption is also a key factor in the loss of biodiversity, both in Europe and globally.

Important co-benefits can be obtained for health, climate and the environment from a shift to diets in Europe that are richer in plants and lower in foods of animal origin and largely processed. Solutions to children’s marketing are ready and must be implemented without delay, directly contributing to the realization of children’s rights. Building on what has been developed in the children’s marketing space, more thinking and action is urgently needed to ensure that the way food is marketed and promoted in our societies supports food environments that allow healthy and sustainable food for all – without harming them.

Invoices, here is the new tax added to the Rai license fee: did you know?